Take Me to Your Leader: Will Earth Have an Alien Ambassador? 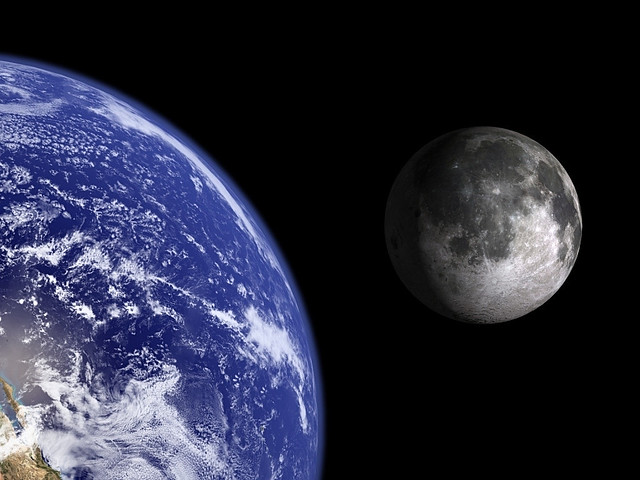 Since late last week, there has been a ton of news surrounding Mazlan Othman, a Malaysian astrophysicist who, according to some sources, had been appointed by the United Nations as Earth’s “go-to-gal” should a UFO ever land with occupants asking where our “leader” could be found. Othman, whose curious last name, paired along with her first initial, rather serendipitously spells “Mothman” (looks like John Keel was right after all), denies that any such title was awarded her in an official capacity, telling Matthew Weaver at The Guardian via email that, “It sounds really cool but I have to deny it.”

I first received word about all this last week from my partner in crime, Red Pill Junkie, with the astute journal of weekly Forteana The Daily Grail. Though I was, at the time, holed-up on one of the remotest of under-developed southern escapes imaginable–the notoriously-haunted Daufuski Island–I enjoyed the ensuing email exchanges as I received them on my Blackberry. “No way… That’s too weird,” my fellow Center for Fortean Zoology correspondent and renowned Texas cryptozoologist/ufologist Nick Redfern said. Loren Coleman, arguably the most well-versed of Mothman researchers around today since Keel’s passing, pointed out early on that the claims were bunk… but what cannot be refuted is Othman’s position on the UN’s Office for Outer Space Affairs (in addition to her very weird name). If the UN should happen to have anything to do with exopolitical negotiations once E.T. does eventually touch down, Othman might arguably be involved in the ensuing affair. But are there others who might have a say in who would get to speak with aliens under such circumstances? If so, who might these “contact” individuals end up being?

I was rather flattered a few years ago when somebody suggested that a team consisting of a variety of the exopolitical heavy-hitters, with the inclusion of yours truly, might one day make a fitting (and formidable) welcoming committee for newly-arrived aliens. As thrilled as I would be to find myself an envoy on such a mission, I doubt any of the other folks suggested, among them names like Michael Salla and Stephen Greer, would even know who I am. Maybe this has more to do with their relative success compared with that of guys like me, the lowly bloggers in the twilight underworld of Forteana. Or, maybe it shows us something else: that there is a bizarre dichotomy between those researchers who equate everything ufological with government activities and cover-ups, and those of us who feel there is an inherent differential between the two which, in all likelihood, involves far less human understanding in totality.

I recently touched on this during a phone conversation with Stanton Friedman last week. Asking him whether he felt many of the prominent names in the exopolitical movement were onto something, Friedman told me, “These guys don’t check, they believe what they want to believe. Yes, the government’s covering up, but we don’t need to put lies in there… phony stories or anything like that. The truth’s quite good enough.” Pairing this alongside some of the bizarre theories I’ve heard over the years, ranging from ongoing government-extraterrestrial liaisons on remote islands in the south pacific and President Obama being briefed about extraterrestrial presences on Earth, to evil alien plans to harvest our souls and “trees” growing on the moon, it is certainly a bit difficult to “buy” all of the proposed ufological theories out there. What surprises me, however, is that most often I hear these more ridiculous theories being proposed by the guys with PhDs and careers in government.

Does this mean that the individuals who, by virtue of their professional interests, should be more well-respected and legitimate, are actually crazy? Maybe not… but does it point toward yet another conspiracy, where these individuals feed the public disinformation aimed at confusing the general public? I don’t think either of these is the case, really. However, I think it shows us that, sometimes, the academic meritocracy imposed upon us today is somewhat overrated, and that in many instances, a measure of a man’s (or woman’s) intellect shouldn’t be based solely upon the letters that follow that person’s name.

That said, if I had a say in the matter of who would best represent the human species if extraterrestrials landed, I would have to elect Jacques Valle, with his vast knowledge in computation and mathematics, as well as the aforementioned Stanton Friedman, who has spent years studying (with a healthy dose of skepticism) the UFO phenomenon from an engineering perspective. Brad Steiger, whose research has covered the esoteric sciences in such vast and differed areas that the body of his work seems hardly fathomable, would no doubt also lend a great amount of knowledge and wisdom to the experience. Physicist Micho Kaku, with his youthful sense of wonder and excitement toward the prospect of alien-human contact, in addition to his outgoing personality, would no doubt serve well in such a capacity, also. And finally, the late (but hardly forgotten) futurist Mac Tonnies, who was brave enough to speculate within the confines of terrestrial phenomenon alone, would no doubt have been able to lend knowledge in vast capacities to such an undertaking.

I propose individuals such as these because, rather than being scientists who are somewhat vaguely interested in or familiar with the cultural and political notions surrounding human contact with extraterrestrials, these folks have undertaken all ranges of available data–whether that be science or mere speculation–but almost always that which most directly relates to the growing body of evidence of what appears to be ongoing interaction with alien beings. Though the mainstream scientific community often seems to be somewhat “in the dark” when it comes to such studies, based on the lack of (or outright refutation) of what is accepted as “science” today, these individuals I’ve listed, as well as a host of others, have worked long and hard to take all angles into proper consideration, with hope of painting a more complete and accurate picture in the end. Sadly, it seems that the mainstream scientific establishment is too-often willing to overlook any elements which push the boundaries of our existing knowledge base–boundaries that form walls of limitation around the very tool we’d hope to use to better understand the universe around us.

Is there a remedy to the human act of stifling our understanding of time and space, especially when it doesn’t conform to our preconceived notions? One can only hope there is, or else learn to accept that mankind has truly begun its descent down a rounded slope on the far side of a bell curve, where innovation is caught with no other way to grow except out in every direction, or simply down. Sadly, our continued toying with absurdly out-dated modes of learning, such as SETI’s radio communication systems, etc, seems to indicate that those with the technology and resources that might be better used to understand extraterrestrial intelligences are dancing like a single flame lit upon a candle in the dark, to borrow the famous allusion from Sagan’s magnum opus of skepticism. At present, that candle appears to be flickering… how long, then, before it goes out?

5 Replies to “Take Me to Your Leader: Will Earth Have an Alien Ambassador?”