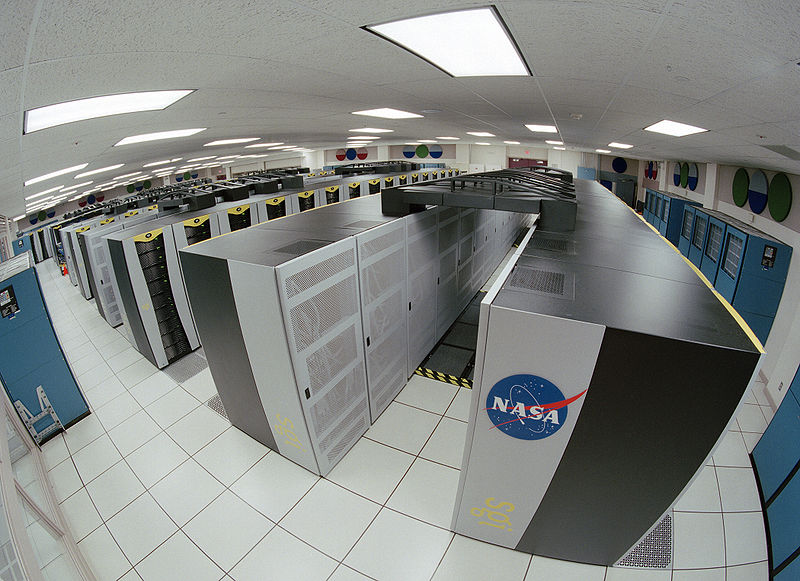 In Robert Heinlein’s libertarian Science Fiction masterpiece, The Moon is a Harsh Mistress, a massive supercomputer named Mike, housed within a futuristic penal colony on the moon, suddenly “wakes up,” much to the surprise of his operators, becoming aware of his thought processes, and even capable of playing slightly sadistic jokes on those in his general vicinity. “They kept hooking hardware into him,” Heinlein’s narrator, Mannie, describes of the sentient machine. “Human brain has around ten-to-the-tenth neurons. By third year Mike had better than one and a half times that number of neuristors,” Mannie explains in his characteristically strange, slightly broken English. At this point, as a result of having so many separate streams of knowledge fed into his mechanical “brain,” Mike apparently became self aware.

While we’re discussing hypothetical circumstances (albeit fictional ones) where a mechanical “brain”–a computer, for instance–could become self aware, it is interesting to note that technological systems may already be closer to achieving full-blown sentience than we realize. Last year, I commented about a Belgian researcher who, among others in his field, believes the internet is exhibiting striking similarities to Heinlein’s fictional super-computer, and may already be showing signs of becoming self-aware… in some sense, at least.

Heylighen, who studies at the Free University of Brussels (VUB) in Belgium. Heylighen speculates how the internet may be capable, in some way or another, of becoming

One Reply to “Brain Games: Will the Internet Become Self-Aware?”