Battle Over Los Angeles: The Flutter of Black Wings Continues… 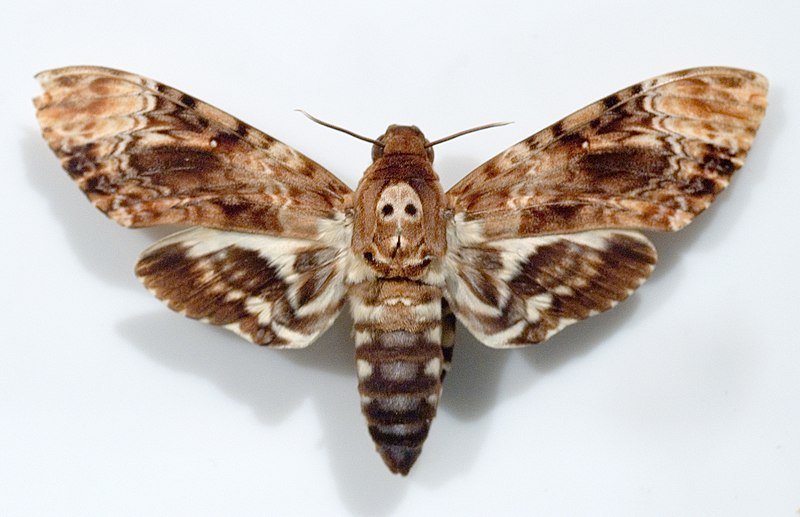 A while back here at the Gralien Report, I included a post titled Fortean Fallacies: Bad Evidence, Misinterpretation and Urban Legends. The post dealt in part with descriptions of a large, butterfly-like craft associated with an early report of the object seen over L.A. during the infamous “Battle of Los Angeles” incident in 1942. Essentially, after tracking down the February 26th, 1942 edition of the Reno Daily Gazette, which was alleged to have contained mention of the craft in question resembling a “giant butterfly,” to my surprise there was no mention of anything looking like a large Lepodoptera lofting through L.A.’s night sky.

Today however, the prolific Red Pill Junkie of Greg Taylor’s The Daily Grail sent me an email, noting how he believed he may have “found my butterfly.” Indeed, it seems that a match for a similar instance of high-flying butterfilian phenomenon may have presented itself, courtesy of no less than yet another Keelian throw-back.

The story unfolds as follows: Thinking I must have somehow misread the Reno Evening Gazette article at the time of my discovery, I had gone back and re-read the entire piece again, subsequently reading through all 13 pages of the February 26th paper, still to no avail. I was left asking (as I did at the time), whether this report “of a strange cryptid/ufological phenomenon associated with the phantom ‘attack’ on Los Angeles in 1942 (could) have been taken from a different news source, perhaps attributed wrongly to the Reno Evening Gazette?”

This, in fact, seems to have been the case. Red Pill Junkie offered the following this morning:

Remember you’ve been trying to determine where exactly the rumor that the object seen during the “Battle of LA” had the appearance of a butterfly came from? I think I found you the answer: I’m reading Keel’s The Mothman Prophecies right now, and in chapter 3 (appropriately titled “The Flutter of Black Wings.” -MAH) Keel cites a report found in another book, Flying Saucers on the Attack by Harold R. Wilkins (New York; Citadel Press; 1954) also in chapter 3.

The report describes what a group of sixteen people observed one night in San Diego, California, on October 9 1946:

They were gathered on a rooftop to watch a meteor shower on the night of October 9, 1946, when a bluish-white winged object appeared in the sky. It looked like an extremely long airplane carrying two reddish lights and it left a luminous contrail.

“The strange object was certainly no airplane,” one witness told Harold T. Wilkins. “The wings, which moved, were too wide for any bird. Indeed, they were rather like the wings of a butterfly. The whole object emitted a red glow.”

The object was specially conspicuous as it crossed the face of the moon. Some of the witnesses thought it resembled a giant bat.

So maybe this paragraph in Keel’s book is what later inspired others to think that the object observed during the famous LA event had in fact the shape of a flying butterfly, flapping wings and all; Or maybe there was a flap (no pun intended) of strange butterfly-winged objects seen in California during that year, who knows.

Could this have been, as RPJ suggests, the report that sparked the notion that an object seen and fired on over Los Angeles in 1942 had resembled a huge butterfly? If this is indeed the case, perhaps this represents the curious way that myth and folklore, courtesy of word-of-mouth retelling of tales and general blurring of the boundaries between different similar cases over the years, can result in an entire mythos being constructed around ideas which, in reality, have little actual relevance to one another. It is interesting to consider how or if other similar mythologies might be spun around separate reports in Fortean circles, having appeared to bear some similarity. Odd indeed that this seems to occur, especially when encompassed within the otherwise vague shadow of what  so strangely–and consistently–seems to resemble something proverbially mothlike.