Did Tuesday Night’s UFO over Florida Make a Second Pass? 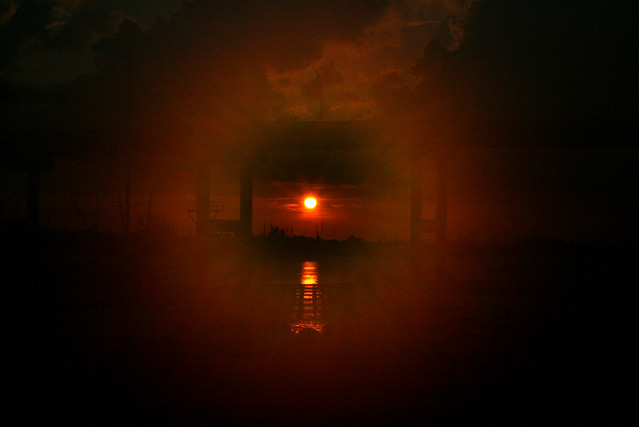 Commentary was recently featured here at The Gralien Report pertaining to an odd aerial display over Marco Island and Fort Myers Beach in Southern Florida Tuesday night, in which I featured excerpts from commentary from an area witness, Dr. Anthony Dallmann-Jones. He, along with his wife, managed to observe the objects in question on Tuesday night for nearly an hour, in addition to photographing them.

Although portions of the witnesses’ initial description of the phenomenon was consistent with the Air Force’s official explanation (that flares were being dropped from F-16 jets in a training operation), Dr. Dallmann-Jones was kind enough to take the time to contact me today to note what he perceives as discrepancies between this explanation and what he observed. What’s more, he tells me that the lights appeared again last night.

Below is the message Dr. Dallmann Jones’ sent along to TGR:

Yes, there IS a discrepancy. Those lights were VERY steady…AND stayed in perfect formation like they were linked together. If something was on a parachute independently they would not have acted like this. How do you make something just STAY solidly up in the air for 4-5 minutes with no movement up/down or sideways IN FORMATION??? There was a wind blowing that night… I assume out to sea as well as inshore.

Then that ONE just started falling (one at the five o’ clock locations on the octagon formation) and there was a large flash when it hit the surface, but that was over the horizon line…it was obvious. Meanwhile the other seven just stayed where they were… then gently faded away…

By the way, they were back last night!…but not for very long. One group of four in a line that stayed in one place then faded. and for the first time a “sinking group” They slowly sank towards the horizon then disappeared behind some clounds on the horizon. Total time was like ten minutes.

2 Replies to “Did Tuesday Night’s UFO over Florida Make a Second Pass?”