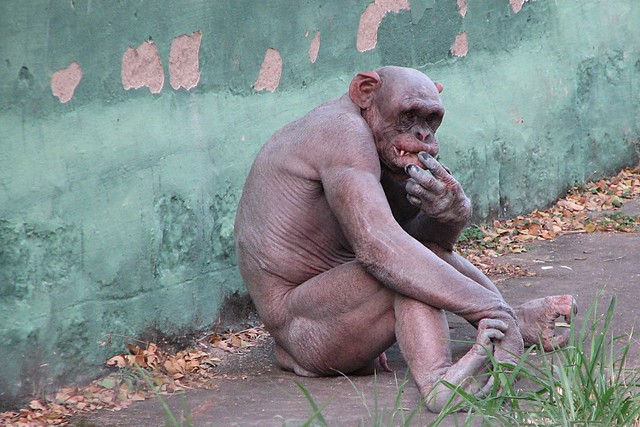 The idea of Ligers, or perhaps Tigons, if you prefer, and the addition of a mixed-mutt “Prizzly Bear” (Polar-Grizzly hybrid), are enough to get even the most well-versed biologist saying “Oh my.” And that’s just the sort of odd animal mismatches a recent New York Times article dealt with, discussing the issue of animal hybrids presently known to science. However, speculation isn’t merely restricted to whether such strange pairings occur frequently in nature, but also whether they might be happening frequently enough to result in instances where new species are able to thrive.

“It turns out that hybridization among distinct species is not so rare,” the article reads, noting that biologists have speculated as much as “10 percent of animal species and up to 25 percent of plant species may occasionally breed with another species. The more important issue is not whether such liaisons occasionally produce offspring, but the vitality of the hybrid and whether two species might combine to give rise to a third, distinct species.”

We see this happen so often, to the shock and chagrin of the masses, as well as those in the scientific community; it’s potential proof that many species inhabiting this planet simply aren’t as different as many would have us think. But perhaps the strangest question here–and that most relevant to humankind–has to do with whether a human-animal hybrid could ever exist, also. Have human beings ever successfully bred with apes, for instance, creating a human-ape hybrid?

It’s hard to say, in reality, whether humans are in fact similar enough genetically to successfully breed with another ape species. This is primarily because of the strict moral and ethical restrictions that exist, aimed at preventing such a thing from ever happening. However, there have certainly been instances where attempts at doing so have taken place, with purposes ranging from testing and torture, to even failed attempts at breeding a superhuman sub-species for use in war and conflict. In the past, some have even claimed the experiments were successful, and resulted in instances where reproduction between humans and primate species have occurred.

In April of 2008, I featured an in-depth overview of the history of human-ape hybridization experiments, which can be read by clicking the link below:

Following this piece, the topic of human-ape hybrids, or “humanzees” as they are sometimes called, has become a frequent topic of discussion on this blog. Below are a few other links to Gralien Report articles that involve the prospects of a hybrid species existing here on Earth, and how this all relates to cryptozoology, evolution, and Fortean studies:

Ne Humanzee Activity in the News

Eve of the Swimming Apes

Image of hairless chimpanzee by Red Eyed Rex via Flickr.