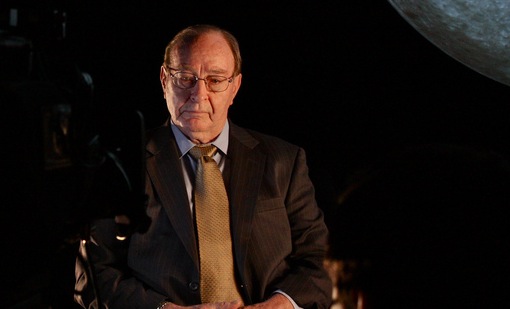 Dr. Edgar Mitchell, one of many space-faring NASA icons to have strolled across the surface of Earth’s moon in decades past, has now invoked the wrath of the U.S. Government, which has announced plans to sue the Apollo astronaut for attempted sale of a camera used during the 1971 Apollo 14 mission.

Reuters recently reported that NASA had discovered plans to sell one of the historic cameras used to film the lunar surface back in March, via the British auction house Bonhams. Apparently, the camera was illegal for Mitchell to possess in the first place, and NASA has said repeated attempts to obtain the item from both Mitchell and his lawyer had resulted in no reply.

Mitchell, of course, is better known in Fortean circles for his outspoken advocacy of extraterrestrial presences here on Earth. I recall during an interview with Mitchell years ago, which I engineered for Joshua Warren’s radio program Speaking of Strange, where Mitchell stated that, while he had never witnessed an extraterrestrial himself, he had essentially been “briefed” in the past be persons with high-level governmental clearance, and that these individuals had expressed to him that the UFO situation represented “a valid and real phenomenon.”

And Mitchell is hardly the only NASA employee to go on the record saying such things. A number of bizarre statements have been issued, often in passing, during interviews with astronauts; several gems of this sort come courtesy of Buzz Aldrin who, along with descriptions of UFOs he had witnessed while in Earth’s orbit, also made rather Clarkian (or even Kubrickian) references to a “monolith” on one of Mars’ moons. Gordon Cooper and Story Musgrave have also made public references to seeing UFO craft during their years in service, with the latter having allegedly spotted an unidentified object while in orbit during the 1996 STS-80 operation.