Going Deeper: Are There Greater Mysteries To Earth’s Cavernous Depths? 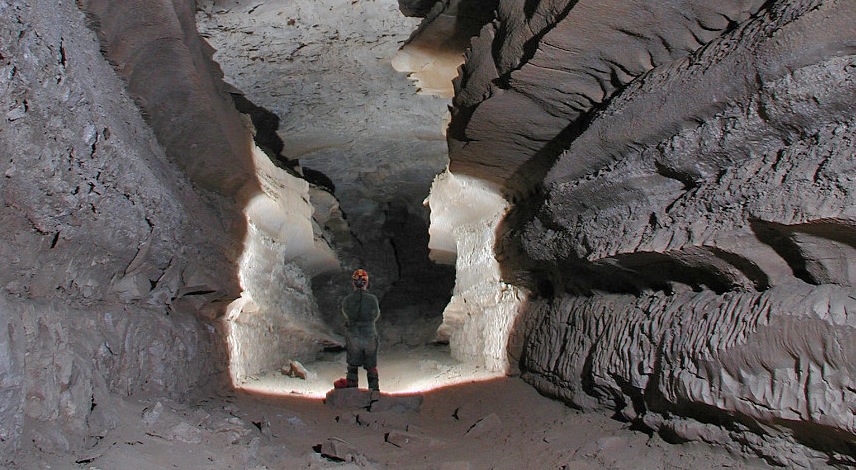 Half a century ago, a unique proposal was made to the American National Science Foundation: it was suggested that a large hole be drilled through the ocean floor, with interest in reaching a mysterious area that exists between the Earth’s crust and the inner mantle called the Mohorovi?i? discontinuity. Drawing its peculiar name from the Croatian seismologist Andrija Mohorovi?i?, who first discovered the area in 1909, the “Moho” remains an area of interest to seismologists, though the initial proposals for what became known as “Project Mohole” never received full support, and were canceled in 1967 by the U.S. Congress.

Granted, listeners of the weekly Gralien Report Podcast are already familiar somewhat with the Moho, and it has indeed remained an item of interest since the late sixties when Project Mohole was officially canceled. In fact, the Soviet Union’s Kola Institute later sought to reach similar depths when they began drilling a tremendous hole reaching an ultimate depth of 40,220 feet, during a project that lasted more than 15 years that resulted in what was officially dubbed the world’s deepest hole at the time. Though a greater degree of success was achieved by the Russians, this project, much like previous attempts by the U.S., was eventually abandoned also in 1989.

While in the absence of such projects, the Moho’s intrigue continues, and there are other strange and startling possibilities pertaining to this curious area of the inner Earth that boast possibilities of the Fortean kind. For instance, could there actually be cavernous areas within the Moho, and if so, what would be the potential for organisms to thrive in such areas? Is it really purely science fiction to suppose that there could be more to the deepest depths of the Earth than soil, stone, magma, and other elements known to exist there?

Despite the premature closure of previous projects aimed at drilling down to the Moho, there is still a great amount of scientific interest in reaching the Moho. According to Wikipedia, some of the proposed methods of descending to this deepest realm might constitute “a self-descending tungsten capsule heated by radiogenic heat to explore Earth’s interior near the Moho discontinuity and in the upper mantle.” A similar project has been proposed by the Japanese Chikyu Hakken project (which literally translates to mean “Earth Discovery” project).

But William Michael Mott, noted researcher of inner-earth mysteries, has written of other fascinating possibilities that could exist within the Moho. “Essentially, it is a cavern-world,” Mott wrote in his book Caverns, Cauldrons, and Concealed Creatures, “perhaps with both water and air regions, and one which is currently out of the reach of human exploration. But there are even deeper, wetter regions which might support or engender life,” he notes. Mott specifically cites how Princeton seismologists in the mid 1990s that “a gigantic reservoir of water exists about 900 kilometers beneath modern-day Europe.” Scientists G. Nolet and A Zeilhuis noted in an October 1994 Discover Magazine article titled “The Ocean Within” that this water may have been subducted into the region, which at one time in Earth’s past had been a portion of the surface world.

Arguably, the scientific possibilities associated with this clandestine Moho region may have also served as inspiration for author Jeff Long, whose series of novels involving an underworld populated by human-like beings called homo hadalis or “Hadals” have received critical acclaim (see The Descent). But what if, rather than merely being the inspiration for fascinating works of fiction like this, there could actually be more to the potential Fortean associations between strange phenomenon (especially supposed cryptid animals) and a cavernous hollow earth? Does evidence of an anomalous area of Earth’s interior lend credence to claims of strange beings and weird monsters that appear to stem from areas “not of this world,” and yet much like the late Mac Tonnies wrote in his final Fortean work, represent some Cryptoterrestrial element of strangeness, hidden right in our midst… or perhaps more appropriately, within the midst of the Earth itself?