From Mystical to Mundane: Can Things in our Everyday Lives Cause Strange Phenomena? 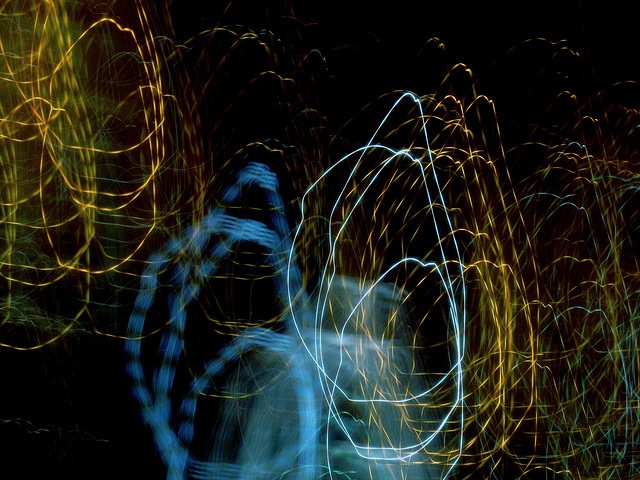 I’ve recently become fascinated with, of all things, the potential importance that may lay hidden within the the things we consider to be mundane. Yes, I’ve begun to feel that there are, in fact, some very unique associations that might be made between who we are on the deepest levels of human understanding, and things like the way we interact daily with others, the movies and television shows that interest us, the clothes we wear, the bars and restaurants we go to, books and magazines we read… you get the picture.

But there are other ways that seemingly menial things might influence us, even creating the potential for strange phenomenon to occur. Everything we encounter in our daily lives, right down to the food we eat and the furniture in our homes, could play a vital role in the nature of the supernatural experience.

I was discussing this concept a bit with my friend Wes Owsley the other day, former co-host of Stacey Lowery’s Black Fridays Podcast. Wes mentioned a story to me involving a group of psychic investigators who, while visiting the allegedly haunted home of a woman that had contacted them, began to notice some seemingly mundane things about the individual and her environment which, considered more carefully, might lend themselves to aspects of the alleged haunting in rather unconventional ways. For instance, over the course of the investigations at the property of the owner–a middle-aged woman with a penchant for drinking Coca-cola, one of the investigators joked, “do you ever drink anything but colas?” The woman replied that she did love Coke so much that she literally never drank water. One of the investigator’s wives had worked with an area hospital, and suggested that the woman’s caffeine intake, paired with the potential for dehydration that occurs when too little water is consumed, might have literally been able to cause hallucinations. Could this possibly account for “ghosts” or other phenomenon the woman may have witnessed?

While discussing this theory, Wes and I touched specifically on the notion that caffeine intake could possibly be related to various hallucinations that some people might experience. I remember a student teacher who, close to a decade ago, related having to study all night before a long class the following morning. He opted to try taking a caffeine pill which, as he told me, caused him to feel a sudden surge of energy right before class began; the next thing he would recall clearly was leaving class hours later. He literally credited the consumption of the caffeine pill with a temporary loss of memory!

The truth is, a substance like caffeine may have the potential for creating even stranger effects within the mind. The Huffington Post recently reported on a group of Australian researchers who performed a study where certain participants would drink at least five regular cups of caffeinated coffee, then be made to listen to static “white noise,” after being told that Bing Crosby’s “White Christmas” would begin to play at some point. The catch here was that, of course, the song was never really played at all; the researchers found, however, that among 92 participants, those having consumed large amounts of caffeine were more likely than others to claim they heard the song by a ratio of 3 to 1.

4 Replies to “From Mystical to Mundane: Can Things in our Everyday Lives Cause Strange Phenomena?”