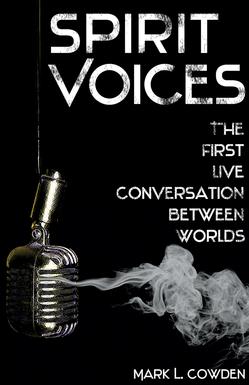 So far as my own involvement with researching the unexplained, I’ve always tended to be multidisciplinary. While writing articles for magazines about cryptozoology, I would be spending my weekends enthralled with psychic research. Or while studying UFO eyewitness reports, the somewhat more predictable allure of haunted houses was where I often spent time doing “field work.” I say this was “predictable” because, at very least, when a house or other building is purportedly haunted, there is some rationale for use of this environment as a sort of laboratory, in the sense that a repeatable phenomenon is said to occur there, contained within the environment. The same cannot be said for the study of UFOs or creatures like Bigfoot, for if either of these exist, it will be harder to predict their appearances by virtue of the random chances involved with encountering them.

Therefore, for a number of years, I spent time joining various researchers in the field studying what, again, I prefer to call “psychic phenomenon.” I say this because, thanks in part to the highly-entertaining Ghost Busters films from back in the 1980s and 90s, the public began to take elements of actual psychic research and parapsychology, some of which involved ghosts and purported haunted locations, and began to steer them towards “ghost hunting” escapades with very little–if any–potential for scientific merit. Though I’ve often had the pleasure of working with individuals who were very scientific in their approaches to psychic research and paranormal phenomenon in the past, I’ve worked with far more who were content to cut corners, and leave themselves open to high-credulity, for the sake of gathering “data” that was conducive to what they were trying to express, rather than what the details actually warranted. This particular human trait can be found within many fields whether it’s psychic research or your bank and their CD rates. An individual may want to take great care as to the source of the information they make decisions with.

This eventually led to a bit of disenchantement on my part, at least so far as studying parapsychology and related areas, and I began to notice that my own interests–as well as what my audiences seemed to anticipate from me–began to gravitate heavily toward the subject of ufology and unexplained aerial phenomenon. Nonetheless, I still enjoy books on psychic research, and even ghosts, when they are presented well, and when the details warrant some factual merit that can be substantiated, rather than merely being wild claims of the extraordinary. It’s no wonder, then, why I became so excited upon hearing about the release of a new book by audio technician and paranormal investigator Mark L. Cowden, called Spirit Voices: The First Live Conversation Between Worlds by Anomalist Books.

The premise is this: Cowden, an audio expert with a penchant for the unexplained, managed to record an audio conversation between a fellow investigator and what can only be described as a disembodied voice, speaking at levels that were inaudible to the human ear. With the use of recording equipment and the amplification his headphones provided, Cowden nonetheless managed to hear somewhat garbled responses in real-time, which slowly became more and more discernible over a period of around twenty minutes, with his recorders taping the entire exchange (this is known as Electronic Voice Phenomenon or “EVP”). In addition to observing and recording both sides of this “conversation,” a BBC film crew was on hand, filming the entire episode.

That’s the meat of the story. As Cowden notes, though the media never leaped on the matter, nor did he or his associates rake in millions following this most triumphant accomplishment, it importance cannot be dismissed. “Miracles reach the people they are supposed to reach, and nothing more,” he says. “Otherwise they are not miracles at all.” If what Cowden claims to have captured–corroborated by both visual and audio resources–is indeed what it is purported to be, then situation could hardly be called anything short of a miracle.

But despite the potential gravity of the situation, I must admit: Cowden’s book is also entertaining, and while the majority of the text details life events which, for the author, were formative in his budding years of psychic research (rather than being directly related to the experience the title details), I found a wealth of very useful information in his book about psychic research in general. There are also a number of criticisms Cowden makes that, as I’ve already alluded, seem to be the bane of anyone who seriously seeks to involve themselves in this area of interest. For instance, in the book’s fifth chapter, Cowden relates a stereotypical hierarchy of roles investigators will play within any paranormal investigation group; this description is all too accurate, and having dealt with many such groups in my day (even having participated in one or two as an active member), I can say with certainty that Cowden has an eye for what to look for in order to maintain success and intellectual integrity in the field, as well as what things not to look for. Despite being directly unrelated to his central thesis, I must admit his hilarious commentary in this portion of the book was my very favorite part, and his assessment in this regard speaks to his own rationale and discernment as an investigator.

At other times, Cowden admits to having psychic abilities to some degree himself, and describes the use of pendulums and other instruments in his own evaluation of various haunted sites. While this represents a far-less scientific approach to the studies involved (Cowden makes the claim at one point that he discerned information about a spirit, allegedly residing in an Irish castle, based on questions he asked a pendulum while sitting in his car before entering the building), this does not, in my opinion, remove credibility from the circumstances directly pertaining to the audio recording made in early 2010, around which the book centers.

Altogether, I would venture to say that while the readers interested in paranormal phenomena and psychic research will find this book interesting and enjoyable, it may very well also be one of the more important books available regarding Electronic Voice Phenomenon and the study of ghosts and the spirit realm. Indeed, if the data represents what Cowden and his associates have claimed it does, then Spirit Voices details what must be considered one of the most remarkable circumstances ever to unfold in the midst of a paranormal investigation, ever.

For more information about how to purchase this title, visit the Anomalist Books website.