At the Gralien Report, we’re music lovers, and unlike a lot of other mediums that deal with fringe material and the unexplained, I try not to focus solely on the overtly unusual (i.e. Bigfoot, ghost, and UFO sightings reported and repeated ad nauseum, with little actual interest in deciphering their meaning). Occasionally, I even like to cast an eye to the arts, in an attempt at perhaps better understanding the weirdness underlying our existence. This was the case with an earlier article we featured here, titled “Classic Art That Gives You The Creeps,” where I looked at the more subtle aspects of the odd and, at times, unsettling, as conveyed through classical paintings that bear abstract elements. But much the same, perhaps there is another fine example of where the anomalous and the arts intermingle found in classical music compositions.

Alfred Schnittke’s music was first brought to my attention by my colleague Dr. Maxim Kammerer, following our discussion about the music of Sergei Rachmaninoff, whose “Isle of the Dead,” inspired in part by Arnold Boecklin’s series of paintings of the same name, truly fascinated me. Schnittke’s music is a bit different from Rachaninoff, however, in that his presentation of what he called “polystylism” blended both classical and contemporary styles, often with an unsettling overtone that lent itself to the summation of a rhythmic audible psychosis, for lack of a better term.

The Music of Madness

“I find something paranormal in his music,” Kammerer wrote to me during one of our correspondences in 2012, “as if it is coming from what we would consider the future.”

He went on to say: 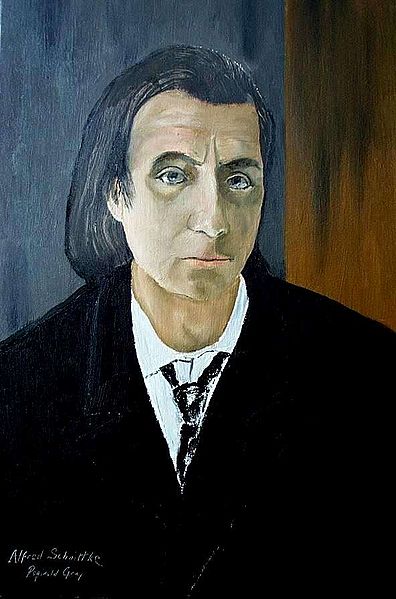 “[H]is music is also incredibly moving. His nine symphonies are beyond words for me, especially numbers 3 through 9… his 5th stroke ended everything, but the 9th symphony’s score, written in an almost unreadble script in his left hand