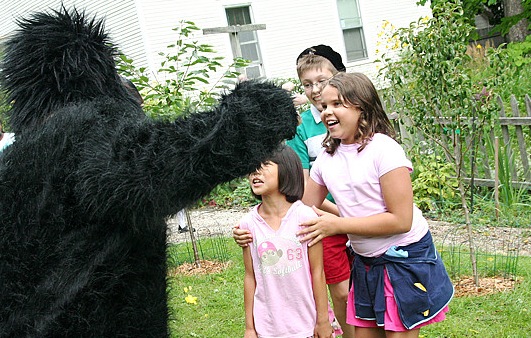 In the field of cryptozoology, most cringe at the thought of people hoaxing Bigfoot sightings. Engaging in this sort of activity is, quite simply, irresponsible, and does little to foster any credibility among the skeptical as to whether a creature like Bigfoot might actually exist. However, one filmmaker in New Hampshire has created a situation as a result of his attempt at hoaxing an encounter with the mythical Sasquatch which is worthy of a second look, due to its sociological implications, as well as questions over First Amendment protections which may have been violated.

IrishCentral.com recently featured the story of filmmaker Jon Doyle, who donned a Sasquatch costume and then sprinted across a stony knoll high atop New Hampshire’s Mount Monodnock in plain view of a number of recreational hikers. After making startling his appearance, Doyle decided to grab a video camera and interview different people for their reactions, referring to the experience as “socially engaging” and saying that “people loved it.” A video of these filmed reactions can be viewed below:

When Doyle returned a year later (presumably to repeat the stunt, though whether this was indeed the case is unclear), officials on duty at the time accosted him, and warned him that he must now obtain a permit to engage in such activities prior to entering the park area. Doyle took action, and his case has now received support form the American Civil Liberties Union (ACLU), on the grounds that being forced to obtain a permit violates certain aspects of his protected rights to freedom of speech, as guaranteed under the First Amendment of the US Constitution.

Is there indeed a case to be made here? Though consumer level cameras are generally not a problem (and this is the variety Doyle had used, as can be seen in the clip above), certain locations do require permits for commercial activities such as filming for documentaries, etc. Furthermore, in Doyle’s case, many of the “witnesses” admitted to having been frightened by their “encounter,” which may arouse concern over public safety issues (there were, after all, children present during Doyle’s stunt). The ACLU’s stance on the situation remains that “there

One Reply to “First Amendment for Frauds: Banned Bigfoot Hoaxer Gets Backing from ACLU”