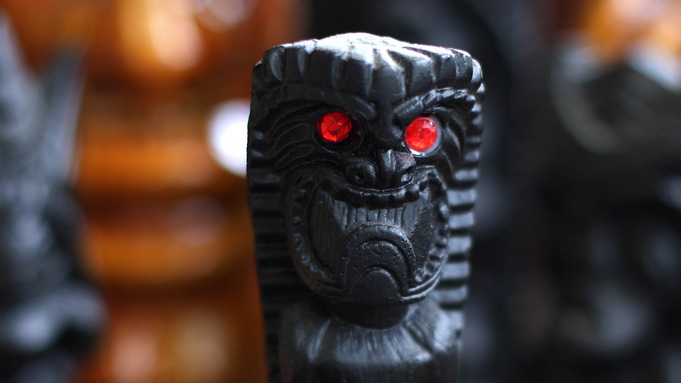 Recently, while surveying some of my favorite Keelian lore (hmm… “Keelian.” Perhaps a term we’ll use more frequently to supplant oft references to interdimensional phenoms which, though by all means Fortean, categorically fit well enough into John Keel’s mythos of an ultra-dimensional reality), I stumbled across a number of terrifying, older reports of animal mutilations, presenting a most certain cause for pause when considering their similarity to more modern reports of farm animal deaths; namely those associated with the infamous goat-sucker “chupacabra.”

In John Keel’s classic 1970 work Strange Creatures from Time and Space (reprinted in 1994 by Doubleday under the new title The Complete Guide to Mysterious Beings), Keel makes a number of references to strange animal deaths and mutilations that occurred over a period spanning the last several decades, with some incidents having even occurred in the late nineteenth century. A well documented wave of sheep-killings that transpired in Ireland in 1874 noted by Charles Fort (and in recent years observed with their possible connection to chupacabra-like deaths) detailed the strange manner in which a number of sheep throughout the countryside were found with small, almost surgically precise incisions in the neck, drained of blood, and surrounded by dog-like tracks of some beast that had apparently accosted them. People were also said to have been attacked by the menace, which left many victims “laboring under strange symptoms of insanity.”

Keel follows this classic with a somewhat similar report from the following year, this time occurring in Cumberland, England, where a Miss Amelia Cranswell described being attacked by an “eerie, skeleton-like figure” (Keel’s description) which similarly nibbled at the flesh around her neck after barging through a window at her, leaving her lying unconscious with blood trickling from wounds reminiscent of a classic “vampire” attack. Similar attacks would continue into the twentieth century, where sheep continued to fall victim to dangerous monsters that either sucked their blood in the aforementioned manner, or occasionally even ripped them apart. Though the majority of the creatures in these reports were described as dog or wolf-like, neither of these animals attack their victims by making incisions in the neck and draining the blood. So what was the creature that accosted livestock throughout Europe during this period?

Granted, when looking at the available data, there are prolific animal attacks and mutilations that can been attributed to mysterious causes which coincide with most any period. Whether it be reports of European “vampires” in the nineteenth and early twentieth centuries, remarkably similar encounters with “chupacabras” that began surfacing during the early 1990s, or reports of cattle and other livestock deaths from inexplicable wounds, the evidence suggests that something–or several different somethings–have for quite some time been accosting animals the world over. Perhaps some instances have mundane explanations; But given the similarity between reports issued over the years, could it indeed be that there are rather vampiric cyptozoological oddities that do exist, attacking sheep and, sometimes, humans under the cover of darkness?

It seems that, whatever the case may be, there at some point came a general need for the folkloric vampire, in order to fill the void created by such terrifying and perplexing instances. Considering that this sort of thing may happen, though inexplicably, more often than we realize, it seems obvious that tales of blood-sucking beasts and undead monsters would build themselves around curious cases of animal and human attacks over the centuries, whatever their real underlying causes may have been. It is also no surprise, then, how prevalent the vampire archetype is throughout various cultures and periods in history. Though the notion of a literal blood-sucking monster is far from acceptable by today’s standards, these characters are nonetheless mainstays of our culture, enlivened with books and films the likes of Interview with a Vampire and the uber-popular Twilight series. Strange that our fiction, especially our cult fascinations in modern society, certainly may have their origins further back in attempts at rationalizing real events and circumstances that remain, for the most part, unexplained.

And much the same, the reports Keel describes dating as far back as 1874 obviously must have had predecessors of their own, since the vampire myth already had been established since times dating back to the near-prehistoric. But what does looking at them from a twenty-first century perspective illustrate for us, especially when compared and contrasted with similar reports of chupacabra attacks? Perhaps, rather than to assume that chupacabras existed in nineteenth century England, our devilish little goat-suckers are but one of many manifestations that we’ve associated with mysterious livestock deaths over the centuries… what, pray tell, could have been responsible for so many others over the years?