This Line is Tapped: Speaking of Phones (And Speaking Too Soon) 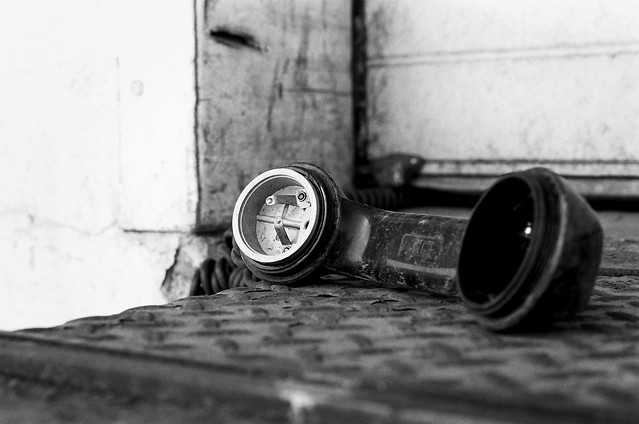 Many researchers and writers who have pursued the unexplained have described having experiences where electronic devices have acted erratically. This is especially the case with telephones, and I can say with certainty that I’m no stranger to this sort of phenomenon.

Recently over at Mysterious Universe, I wrote a piece about this titled “Conspiracy Calls: Paranoid Telephonic Bugs and MIB Surveillance“. But here’s where things get funny: just as I was sitting down to write the piece, my cell phone inexplicably lit up, then shut down, and turned itself back on. Following this bit of bizarre synchronicity, I figured I would touch base with my fellow researcher Nick Redfern, just for fun, and see if he had ever had similar experiences, since he is author of the book The Real Men in Black (New Page Books, 2011).

At the time, Nick admitted that he hadn’t had anything of this sort occur, so I went along recounting my own experiences instead. However, upon finishing the article, Nick subsequently contacted me with a very strange and equally-synchronistic update. Apparently, he’d spoken a bit too soon…

Mr. Redfern ended up going on Dr. Rita Louise’s radio program shortly afterward, and as Nick puts it, “When we got to the section of the interview about telephone interference, however, all hell broke loose.”

Many of the stereotypical weird noises and strange interference associated with the MIB lore had apparently begun to occur, right in the middle of their interview! “I told her, in my opinion, if this was not a case of coincidence (and the timing most strongly suggests it was not!) then maybe someone really was listening in and playing a few mind-games of the MIB variety.” You can read the entire piece, as well as get more info about the interview, by clicking here.

3 Replies to “This Line is Tapped: Speaking of Phones (And Speaking Too Soon)”