Physics of the Strange: Evidence of Another “Shy” Particle? 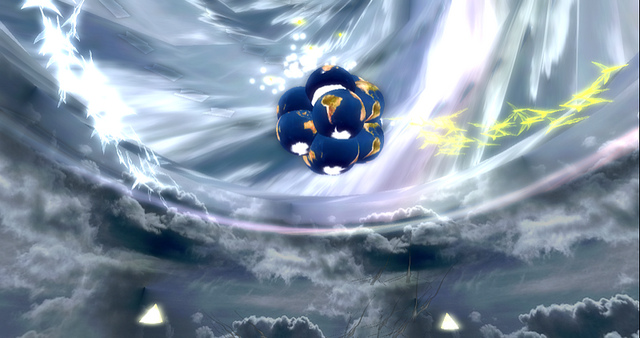 At his recent speech for TEDx in Brussels, physicist and ufologist Jacques Vallee argued that, in order to advance, we must break ourselves free of our standard models of physics, and learn to think beyond our present notions of dimensions, time, etc.

Kudos, Dr. Vallee… this is precisely the kind of forward-thinking we need. And yet, somewhat remarkably, there are actually people out there who make remarks along the lines of, “there may be strange aspects about our universe that have yet to be discovered or understood fully.” No, really? I mean, come on… surely there aren’t still discoveries to be made anymore out there. By now, everyone should know that the religion of science (like most other religious institutions) is virtually already complete. We’re not looking for ground-shaking new truths anymore… we’re just looking for confirmation of the old ones.

Yeah, right. Over the last few months alone, the CERN researchers in Geneva have not only claimed that they may have observed neutrinos moving faster than the speed of light, but now they claim they may have even spotted evidence of an elusive particle known as the Higgs Boson, further shaking the accepted foundations of our concept of how the universe works.

According to the Wired Science blog:

“If the rumors are true, and the Higgs has been seen at 125 GeV, it could bolster the idea that there is physics beyond the Standard Model that describes the behavior of subatomic particles. A 125 GeV Higgs is lighter than predicted under the simplest models and would likely require more complex theories, such as supersymmetry, which posits the existence of a heavier partner to all known particles.”

While we’re still awaiting whether an announcement will be made (hence the part about whether “rumors are true,” we continue to press the boundaries of our long held scientific conventions. Who knows… by this time next year, we may be armed with new evidence of our reality’s inner workings, capable of forcing us to look at the world we know as the world we “only thought we knew.” Then again, in truth, it doesn’t take a psychic or a futurist to realize that this isn’t the world we think we know!

3 Replies to “Physics of the Strange: Evidence of Another “Shy” Particle?”