Lunar Junk: Searching for the Remains of Civilizations on the Moon 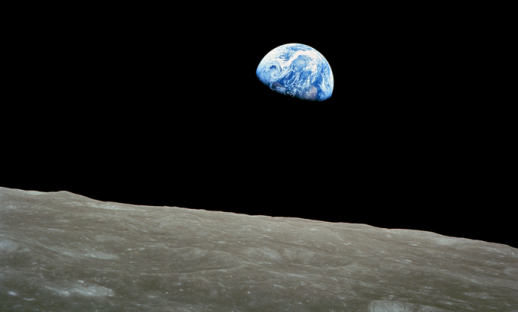 There are a number of popular conspiracy theories abounding today that involve Earth’s moon. While some the likes of John Lear have alleged that there are literally trees and other kinds of flora growing there, in addition to buildings constructed by extraterrestrials for various purposes, others (like Richard C. Hoagland, for instance), have made claims along the lines of ongoing ancient lunar archaeological digs, or even that our moon is an “alien satellite“, all of which make our lonely celestial observer sound more like a soundstage from Kubrick and Clarke’s 2001: A Space Odyssey.

Amidst the more outlandish claims of intelligent happenings that have occurred on the moon at various times throughout history, there are occasionally pieces that drift to the proverbial shore which may bear promise in terms of the search for alien life. In fact, while there is almost certainly no chance that life exists–or ever existed naturally–on Earth’s moon, this doesn’t rule out the possibility of discovering intelligent contraptions there of artificial origin.

I was sharing a discussion about this with a friend of mine recently, who put things into context with regard to why the creations of an intelligent civilization might indeed end up on our moon, even if that civilization never visited us. In the estimation of my colleague, objects of this sort wouldn’t necessarily be due to “visits”, but instead might be considered “debris of civilizations from the billions of years of the Universe’s existence that drifted here.” He compared this collection of ET trash on the moon to being like “the junk floating on the oceans,” and then referenced an article by Alexey Arkhipov of the Ukrainian Institute for Radioastronomy, titled  “A Search for Alien Artifacts on the Moon” which discusses this concept. Arkhipov noted that, “approximately 10 stars capable of having inhabited planets” have come and gone in our solar system since the appearance of planet Earth, and that “such distances can be covered by space probes even at the present day level of science and technology.”

Lunar Landscaping, or ET Evidence on the Moon?

While those who seek to make constructed mounds, landmarks, and other objects of intelligent design from grainy images that depict natural features on the moon, in similar form, Arkhipov makes the assertion that those things considered to be obviously natural, when viewed from above and at great distance, should not be ruled out in our search for manufactured objects on the moon:

Only about 0.5 percent of the lunar surface has been photographed with a resolution of 1-10 m (Hansen 1970). But even the 1 m resolution photography can prove to be insufficient for an artifact discovery. For example, a photograph taken by Lunar Orbiter 3 shows the Surveyor 1 station on the lunar surface merely as a light-colored boulder (Jaffe and Steinbacher 1970). Modern lunar base projects (Shevchenko and Chikmachey 1989) contemplate placing manned modules under the lunar surface to protect them from radiation and meteorites. It is not improbable that our predecessors did the same billions of years ago. Since that time traces of their constructions could be destroyed by erosion, making objects hard to find. Indeed, the rock layer of 1-2 m must have been broken during one billion years (Horz et al. 1975). However, a few centimeters-thick layer of lunar re-golith is redistributed, i.e.,

One Reply to “Lunar Junk: Searching for the Remains of Civilizations on the Moon”