The Eye of the Beholder: Technology in Foresight 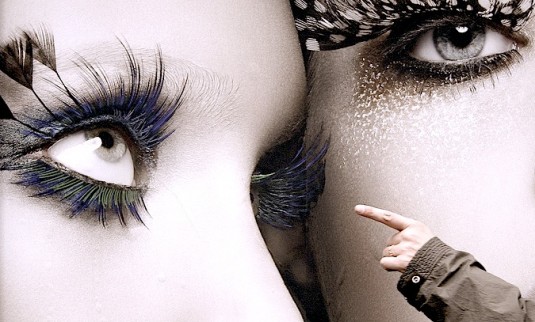 On the most recent edition of The Gralien Report Podcast, I spent a good bit of time during the first hour discussing how future technologies will soon begin to change the world around us in rather innovative new ways. This, of course, is a key concept I feature in my new book The UFO Singularity (New Page Books, 2013). Granted, I am by no means the only one thinking along these lines, nor am I the first to say such things; I draw heavily from the work of researchers in the fields of futurist and transhumanist thought, the latter of these becoming a subject I maintain only a bittersweet optimism toward.

Sure, technology will obviously begin to change the world around us in truly innovative ways within the next decade; given twenty years from the present date, the world will almost certainly be a different world from that which we know today (barring, of course, any potential for natural or manmade catastrophes, which would no doubt still set humanity on a course for future events unlike those known to us presently). However, unlike many other futurologists and other thinkers whose minds and preoccupations delve into the world of tomorrow, I also have sought to incorporate various strange phenomenon within the context of futurism, ranging from such things as the study of UFOs, to psychic phenomenon.

As is often the case, a wide variety of different technologies exist around us–and are in the process of being created and instituted by the day–which are becoming ever-more capable of transcending the bounds of everyday thought. Within just a few years, there may indeed be advanced new applications that allow such things as instant messaging without the necessity for any computer or cell phone, and an entire host of other unique innovations.

This morning, popular news site The Telegraph carried a story which presented a decidedly different approach to the sending and receiving of text messages:

Ghent University’s centre of microsystems technology has developed a spherical curved LCD display which can be embedded in contact lenses and handle projected images using wireless technology… “This is not science fiction,” said Jelle De Smet, the chief researcher on the project, who believes commercial applications for the lenses will be available within five years.

Researchers with the study have suggested fittings that would function as a, “one pixel, fully covered contact lens acting as adaptable sunglasses”. How long until the wearer can respond just as simply, and without the need for carrying a mobile device?

Perhaps even more interesting would be the notion that such a device might either link (via bluetooth technologies, etc) with existing devices like cell phones, or ever smaller, further compartmentalized versions of SMS messaging devices, small enough to be worn around the wrist like an average watch. And these notions of exactly how such technology may be achieved preclude the obvious design those with interest in psychic abilities might gravitate toward: sending messages to others utilizing brain-computer interfaces that are sent directly by thought alone.

How likely is it that such technology could be achieved, and will it truly take us several centuries before that variety of science can be applied to the everyday around us? I have a hard time thinking that we aren’t, in fact, closing in on such things already. Only time will tell, of course… but in all likelihood, the future we await is already closer than we realize.