In this particularly odd year that 2012 has become thus far, concepts like spirituality and the awakening of those more “esoteric” aspects of our existence seem to remain a running theme, especially in our pop culture. The short film linked above, “Dave’s Spirit Quest,” is no exception; it was completed over the course of just 48 hours last weekend, thanks in large part to the work of talented sibling filmmakers Curt and Will Arledge, along with a handful of other friends and associates of The Gralien Report that are based in the Asheville, North Carolina area.

Along with the esoteric themes involved, Gralien Report listeners may also want to keep their eyes peeled for special cameos by Gralien Report producer Chris Heyes, as well as engineer Matt Oakley, who appear at various points throughout the piece. I’ve included a few screen caps of the gents below, although I still highly recommend viewing “Dave’s Spirit Quest” in its entirety; if anything, it’s entertaining enough to warrant being a bit longer, in my opinion… great work, guys. 😉 And now on to those screen-shots of Matt and Chris…

Below, we see a very troubled looking Matt Oakley in a disturbing scene from the film, where our hero Dave is violently consuming some variety of solvent while under the hallucinogenic influence of the nefarious supplement “500 Hour Energy”: 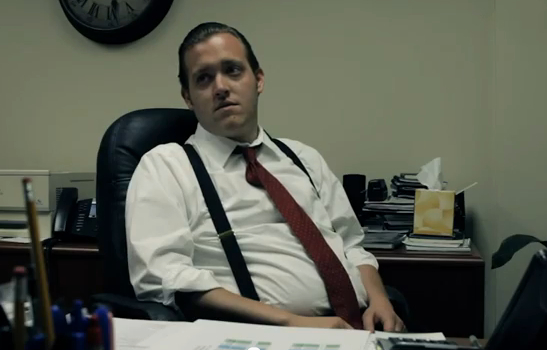 And next, we see Gralien producer Chris Heyes making a cameo, along with the lovely Marian Arledge… yes, we’re well aware of the devastating intensity of Chris’s facial expression here: 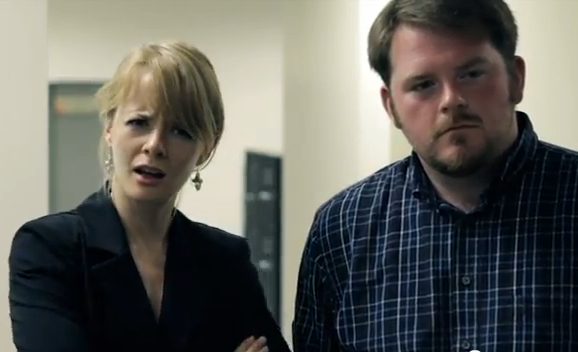