Space Ghosts from the Future: “Ghost Rockets” Then and Now 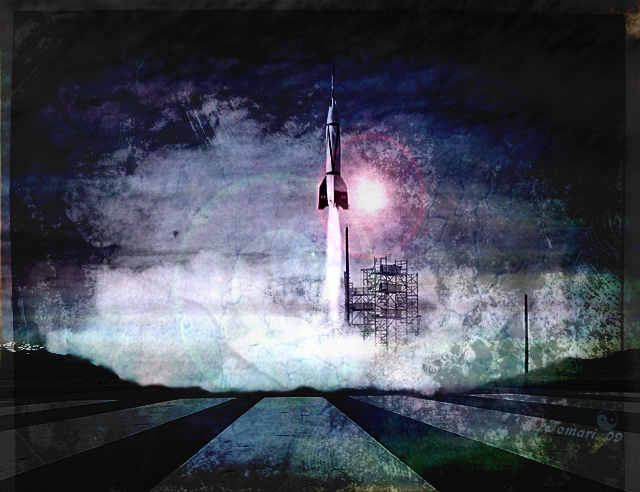 During the 1940s, particularly toward the end of World War II, odd lights in the sky and so-called “Foo Fighters” were already becoming the stuff of legend among military pilots. However, there were a number of other odd aerial objects seen by non-military personnel around the time, which became widely known under names that included “Ghost Rockets” and various other terms used to describe phantom aircraft. These objects were seen for the most part in countries like Norway, Finland and Sweden, and though their descriptive monikers may stem from that fragile period of conflict during the greatest war to occur between the nations of the world, they have far from ceased to be seen even in the modern era.

Though “Ghost Rockets,” “Foo Fighters” and “Phantom Aircraft” lost to the war of words against the more popular term “UFO” now in use, there are still a variety of reports that occur today that involve objects which, by virtue of their descriptions, might warrant being called something more akin to a rocket rather than a saucer or spaceship. One recent example of this was related to me by a man named ‘Tyler’ from Weaverville, North Carolina, who shared a story with me about a strange object he watched emerging from a valley in a neighboring county while attending a musical event several months ago.

It was late in the afternoon, and Tyler had stepped outside the building where the event had been taking place when he became aware of movement in the distance, out of the corner of his eye. Turning to look, he was amazed to see a long, cigar-shaped object as it climbed upward into the air, apparently having flown out of a valley several miles away. The object had a light at either end, although Tyler felt that the light on the bottom had been flames or heat from whatever had propelled the device upward, giving it the appearance of a missile hurtling toward space. There were, of course, no military bases or other government sites known to exist anywhere nearby; so what was the curious object Tyler had observed?

Reports of similar objects have occurred many times since World War II. On June 30, 1950, two Nevada-based publications, the Goldfield News and Beatty Bulletin, ran stories that dealt with a sighting of an alleged Ghost Rocket, with the excerpt below having appeared in the latter of these (note that the article initially tries to group this report along with similar reports of flying saucers from around the same time):

The possibility that two Beatty residents may have actually seen a flying disc was being discussed excitedly here this week. The witnesses are W. H. (Brownie) Brown and Claude Looney.

“We were traveling up into Cherry creek on a fishing trip, about 90 miles east of Warm Springs, when we saw a strange light in the sky to the north,” Brownie related. He described it as “a spiral affair, almost like a corkscrew.”

It was apparently caused by some object flying at a tremendous altitude, the vapor trail of which “lit up the whole northern sky.”

It is interesting to note the spiral-shaped flight path of the object, as well as its vapor trail, since many modern reports of UFOs that have been blamed on missile launches (having recently taken place in Norway and Australia), and describe similar swirling phenomenon. Photographs taken of the various “UFOs” have shown what has variously been described as a “swirling vortex” and a “lollipop-type swirl” left behind these objects as they flew.

The object in the article excerpt above was reported by hundreds of witnesses between southern California, as well as neighboring states that included Nevada, Arizona and Utah, in 1950. The pool of witnesses presented an impressive bunch as well, ranging from experienced commercial airline pilots and their passengers, to civilian pilots and military personnel. It comes as no surprise, perhaps, that the odd, spiraling object was seen only hours prior to the onset of the Korean War. Had some intelligence agency gotten wind of trouble, and started firing rocket-propelled weapons in advance?

A similar incident occurred earlier this year over Harbour Mille, Newfoundland, when “a missile-like object emitting either flames or heavy smoke” was photographed traveling at high speed over Canada. Shortly after the incident, I wrote here at The Gralien Report that “a few key witnesses suggested that Royal Canadian Mounted Police officials may have advised that a missile launch had taken place.” An official, Sgt. Wayne Edgecombe, would soon come forward, asserting “that these were only rumors.” Curiously, officials would soon after claim they had

2 Replies to “Space Ghosts from the Future: “Ghost Rockets” Then and Now”