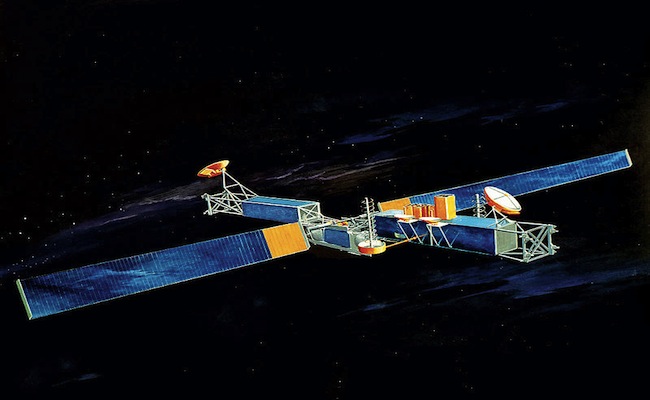 Astronaut Buzz Aldrin has been all over the news lately, following a Reddit “Ask Me Anything” session during which he commented at length about the famous “UFO” he observed along with Neil Armstrong and Michael Collins on their way to the Moon.

Aldrin’s response has drawn some criticism from the UFO community, since the attitude he expresses, while not dismissive toward the possible existence of extraterrestrial life, does lean toward a conventional explanation for the object they witnessed in 1969.

Writing for Mysterious Universe, I recently gave a breakdown of Aldrin’s past claims about this incident, arguing that television documentaries on the Apollo 11 flight have often taken Aldrin’s rather ambiguous statements out of context, and that in truth, he has always seemed to support the idea that one of four panels discarded during their flight and known to have been drifting nearby could have been the object they had seen.

However, a confidential source has apparently offered an alternative explanation: that the “UFO” Aldrin and his crew observed was in fact a secret U.S. spy satellite.

NBC News reported on a recent biography of Neil Armstrong that will soon be released (as pointed out to me by our own Red Pill Junkie) in which author Jay Barbree discusses the project, which was presumably so secret that even the astronauts aboard Apollo 11 had been unaware of its existence:

Barbree does present a new take on a longstanding Apollo 11 mystery: a bright object that the astronauts saw in space while they were heading toward the moon. The report sparked decades’ worth of UFO speculation — and just this week, Armstrong’s crewmate Buzz Aldrin said the object was probably a spent rocket stage or a discarded panel from the lunar module.

In the book, Barbree says he was told by a confidential source that what the astronauts saw was the glint of sunlight from a top-secret spy satellite that was tumbling out of control.

“The only UFO Apollo 11’s astronauts were seeing as Neil had suspected had been built here on Earth — one they could not identify,” Barbree writes, “and when I told him, he laughed and said, ‘Well, what the hell, isn’t that what a UFO is — an unidentified flying object?'”

There will no doubt be a number of media outlets who report on this over the next few days, proudly exclaiming “case closed,” “mystery solved,” and the like. But in truth, while the new information lends an entirely new perspective (and one which verifies that the astronauts had in fact seen what, to them at that time, was an unidentified flying object), it is still far from conclusive, as Barbree’s source remains unidentified, and the information unconfirmed. It may prove later to be not only a likely solution to the mystery, but also the final word; however, rather than leaping to conclusions, it is best to accept this new evidence for what it is: anecdotal data that seems to offer a probable solution, which involves data that would not have been released publicly for obvious reasons.