Revealed: What Was Hovering Over Tennessee in 2012?

For more than an hour in the early Autumn of 2012, residents of Johnson City, Tennessee were seeing something in the sky that they couldn’t explain. Described by several witnesses as long, cylindrical, and climbing higher into the sky as it passed overhead, the mystery object appeared, and eventually disappeared, in broad daylight. But what was the mystery craft Tennesseans were seeing? The date was October 16, and just about two hours away in Pike County, Kentucky, Allen Epling, an amateur astronomer, was describing to local news agencies what he and others had seen hovering in the sky over Kentucky. Epling recalled something resembling, “two fluorescent bulbs, side by side, parallel, shining very brightly.” The object seemed to exhibit a number of bizarre qualities, even appearing at times to shift in and out of the visible range:

“It would get so bright they would seem to merge, and you could see it very clearly with the naked eye. Then, it would dim down to almost invisible. It wasn’t like anything I recognized. Definitely not an airplane, and I’ve never seen a helicopter that looked like that.”

As it turns out, more than a year later we finally have an answer as to what was being seen over the Southeast that fall, and while it looked out of this world as it hovered over Tennessee and Kentucky back in 2012, there is a much more down-to-earth explanation, albeit a very cool one. Fox News reported today that the mystery object was actually one of Google’s early prototypes for using high-altitude balloons to deliver wifi internet:

Turns out, the balloon responsible for the mass UFO sightings was not only a prototype, but one that wasn’t following the plans of its designers.

“This is a balloon that went rogue,” said Google X Rapid Evaluation team leader Rich DeVaul at Smithsonian magazine’s “The Future is Here” festival in Washington, D.C., on May 17. “No one outside Google X knows this,” DeVaul added. 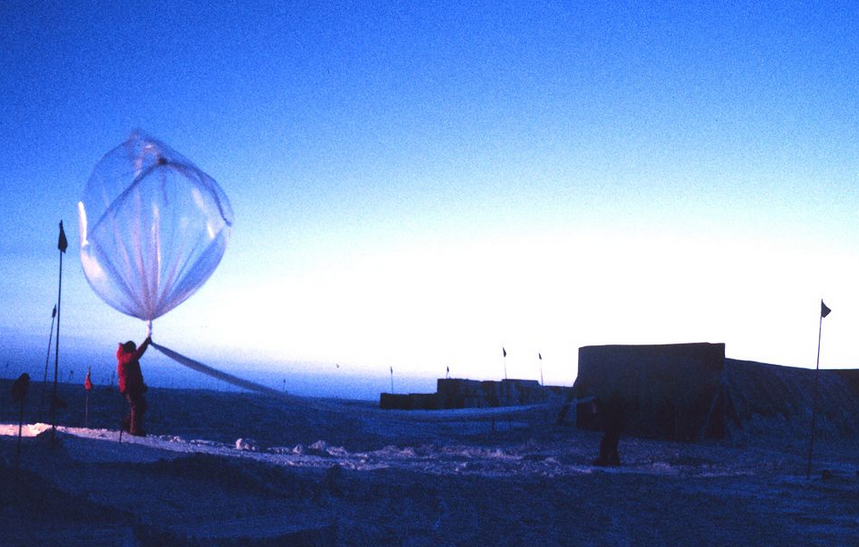 Now, thanks to DeVaul’s public statement on the matter, we do know what was going on… which, believe it or not, provides us with some interesting fodder for ufological discussion.

One of the often critical points offered by hardened skeptics is that eyewitness testimony is notoriously unreliable, and hence what people claim to have seen in most UFO cases must be taken with a grain of salt. Appearing with Seth Shostak during a Congressional House Science and Technology Committee hearing, Dr. Dan Werthimer, director of  SETI research at the University of California Berkeley, issued a very direct statement on UFOs, their possible connection with extraterrestrial life, and his feeling that eyewitnesses often exaggerate less complex phenomena they have observed:

“UFOS have nothing to do with extraterrestrials. I think some of these sightings are real phenomena. We get a lot of calls when the space station goes over, although some people embellish and they say it has windows and things.”

Anyone who has viewed the ISS as it passes overhead on a clear night would know that the object, under optimal circumstances, appears as an extremely bright, moving light, maintaining a constant trajectory and producing enough reflected light to appear comparable to the light reflected by a full moon on a clear night. Under such conditions, the Space Station is brighter than Sirius or any other celestial object, but few would hazard to guess that it could be mistaken for an object having windows. Looking at reports filed with the National UFO Reporting Center around the time Google’s wifi balloon was passing over Kentucky and Tennessee, we see a number of descriptions of the balloon that are remarkably accurate, and none of which include extreme embellishments. Each of the following reports were recorded on October 16, 2012, near the vicinity of Johnson City, Tennessee, between the hours of 10 AM and 12:30 PM local time.

10:00 AM: Rotating cylinder climbing vertically in sky. Observed for more than one hour over the Piney Flats area.

No mention of windows or other extraordinary features were added here, and overall, the descriptions seem to be fairly accurate interpretations of a long, cigar or cylinder-shaped balloon or other object. We see very little variety between the reports, and no overt embellishments. Applied to a contemporary skeptical stance toward UFOs, it is interesting to be able to compare what eyewitnesses were actually saying about an unidentified object they were seeing in hindsight, paired with knowledge of what the craft had actually been.

Overall, the individual descriptions matched, and also supported roughly the shape and behavior of Google’s balloon as it passed overhead at a high altitude. Now shifting over to the “believers” for a moment, I’ve had folks tell me in the past that making comparisons of this sort between what people have seen, versus objects that are later identified, is essentially meaningless. “All this proves is that it wasn’t a space ship, so why bother reporting it?” One commentator asked me a few years ago in a similar circumstance.

But the reason is simple: in serious, scientific study of UFOs, our goal is not to “prove” the existence of alien vessels flying to Earth from elsewhere; it is to determine what elements may constitute the collected data on UFOs, and attempt to apply logic and informed, scientific methods of inquiry to understanding whether there is indeed anything more complex than what our conventional understanding of Earth technologies can account for. We also have to understand the human mind to the best of our ability, and the way it perceives and interprets human experiences. Then we must attempt to utilize collected data to interpret whether witness accounts are credible in any given instance, and not make harsh prejudgements regarding claims of the extraordinary.

In truth, there are a number of UFO cases that have cropped up over the years which have warranted further investigation. They have been investigated both by experienced, scientific investigators, as well as individuals who choose to apply belief and preconceptions–whether “for” or “against” the case for UFOs–rather than unbiased logic. In some instances, pathological skeptics (Phillip J. Klass was a good example among these) have been too busy formulating what, at times, amount to absurd combinations of events offered as explanations; these have included highly-synchronistic equipment failures, paired with unusual appearances of quite common celestial phenomenon, filtered through human senses which, according to Klass and similar pathological skeptics, seem to be virtually incapable of making accurate, reasonable determinations about phenomenon occurring in the environment.

Worse, these faulty observations are often appended to trained pilots, military officials, and entire groups who have shared multiple-witness encounters. In such cases where multiple witnesses claimed to observe the extraordinary, Klass very seldom would directly interview or ask these individuals to describe what they had seen (examples of these incidents I describe can be found in relation to Klass’s determinations on the Iranian UFO Incident over Tehran in 1976, as well as his failure to interview Father William Gill, an Anglican minister who observed a UFO with a group of approximately 30 others in Papua New Guinea over the evenings of June 26-27, 1959. In the video below, Father Gill describes the object he and the others had seen, along with the way they attempted to interact with it:

If there is indeed a greater level of complexity to some UFO reports, a careful understanding of witness interpretation of these incidents must be achieved. Sometimes, as with the case of the “rogue” Google wifi balloon, we can later see that multiple witness observations are more reliable than skeptical interpretations of UFO sightings would typically accept.