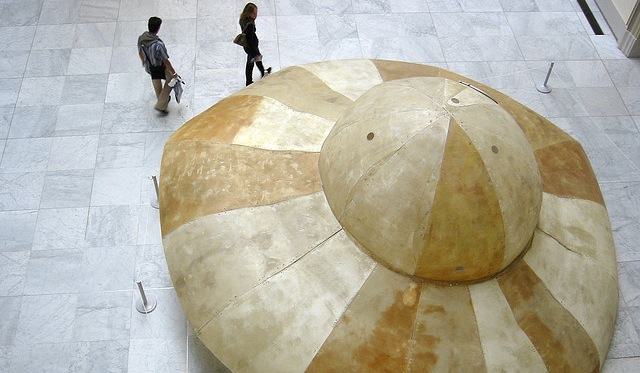 When we hear stories about how UFO craft are able to apparently manipulate the known laws of physics in ways modern science simply cannot, the tendency to look toward other worlds for an explanation as to what UFOs represent seems natural… even logical. Many others would conceivably take a step back, and at least consider this alternative: maybe there are secret government craft being utilized that have mastered different kinds of unknown or even suppressed technology, the confirmed existence for which remains classified.

Recently, I visited the bookstore and began thumbing through the pages of a book by Len Kasten called The Secret History of Extraterrestrials: Advanced Technology and the Coming New Race. While the reviews of the book vary slightly on Amazon.com (a few readers were judgmental based on Kasten’s use of a lot of existing data from UFO literature), I found the content interesting, though in a few places only slightly curious. I say this because, as the author details in a chapter titled “The Politics of Antigravity,” he outlines the work of an author named Michael McDonnough who, back in the 1990s, made a pretty strong case for the fact that UFO-type technology may already exist here on Earth.

Back in the late 90s, McDonnough published a book titled, The UFO Technology Hacker’s Manual, which had an accompanying website that detailed the author’s investigation into various U.S. patents for devices that would not only allow a physical aircraft to hurtle through space at healthy fractions of light’s speed, but also anti-gravitic systems that would create enclosures capable of protecting humans from the effects of g-forces and other perils of high-speed travel through space. The patents listed specifically, which Kasten details in his book also, are as follows:

Indeed, there is a wealth of information (albeit much of which remains speculative) regarding devices and propulsion systems that might be used in creating advanced space flight systems. Only within the last few days, I happened along yet another website, UFO-Science.com, which details the same sort of information. One article at their website, made available here, involves what is known as the coanda effect, as well as a brief excursion into the realm of magneto-hydrodynamics, where ionic forces propelled through strong electric fields could be used to create a purely electric propulsion system. In theory, this technology could be used to achieve lift in very effective and powerful ways using electrostatic or paraelectric forces.

So the question at the end of the day, reviewing some of the information that is available here on Terra Firma already (yet which remains elusive and clandestine to most people), is whether or not available technology does point in the direction of a more terrestrial solution to the UFO mystery than many would expect. When confronted with anything so wild and seemingly foreign, it seems only natural that one would look to the stars for answers… but as evidenced by our minimal progression in the field of Ufology spanning the last half century or more, perhaps this stunted growth in understanding is a sheer product of looking for answers in all the wrong places.

For a majority of the strange and seemingly unexplainable UFO cases out there, the real answers may lay closer to home than most of us realize… and just to get your gears turning along those lines, have a look at the video below (though be forewarned: listening to the music at the beginning and end of this clip may cause risk of inducing a Jazz Trance):