At World’s End: Is the Unexplained on the Upswing? 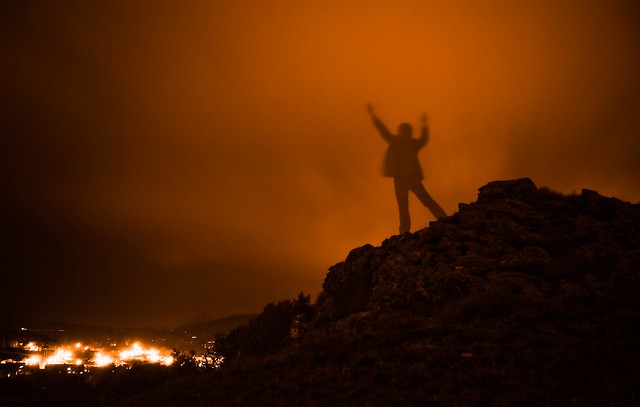 If you visit any bookstore and browse the metaphysical/new age section, you’ll likely find several titles dealing with “doomsday prophecies” associated with the year 2012, as well as a few that pair this more loosely alongside cultural trends that include UFOs, meditation, and a variety of other speculative sciences. No matter which angle you may choose to approach this from, it appears the end of the world has become a rather fab trend, of sorts.

Some might argue we’ve been living in “the last days” since time began, and somehow Earth has only managed to extend its lease long enough to get us to this point; hence, we’re long overdue on our metaphysical mortgages, and things are bound to turn sour before too much longer. Whether or not this is actually the case, authors certainly aren’t the only ones who’ve noticed the trend, and see that the popularity associated with a cataclysmic demise of life as we know it as something worth tapping into. New York Magazine recently featured an article about the growing number of films, particularly upcoming titles yet to be released, that will be dealing with thematic images of a world in it’s death throes. “Hollywood is assuming that we’ve subconsciously accepted the world is ending,” the article reads, “and are interested in having that general anxiety represented, in entertaining fashion, on the big screen.”

That this would occur now comes as no particular surprise. The NYM article lists the oil spill in the Gulf, as well as “racial and religious friction” among the reasons people’s outlook seems so bleak. Other factors worthy of consideration might include Iran’s insistence on developing a nuclear program, as well as the notion of countries like the U.S. and Israel having to take military action against them in order to prevent the outbreak of more conflict in the Middle East; all this on the heels of an already overdrawn conflict in Afghanistan. Or consider the growing rate of unemployment Americans presently struggle with, compounded by threats of a double-dip recession and a weakening dollar. With all the trouble people face today, some may find it hard to look to the future with a forecast of anything but the worst.

Since all this collective unrest seems to be lingering like storm clouds overhead, would it be surprising if the stranger elements of our existence began to manifest elsewhere, rather than merely in books, film, and entertainment mediums? Perhaps not. Troubling times have long been associated with strange phenomenon, whether the anomalies in question are representative of something yet to come (an omen, perhaps), or maybe resulting from the inner fears of groups of individuals that somehow become externalized. Carl Jung’s theories about UFO phenomenon culminated around this notion, suggesting that people’s concerns and fears resulting from Cold War sentiments might be somehow “projected,” resulting in the appearance of strange airborne objects that held an underlying archetypal significance:

One can hardly suppose that anything of such worldwide incidence as the UFO legend is purely fortuitous and of no importane whatever. The many thousands of individual testimonies must have an equally extensive causal basis. When an assertion of this kind is corroborated practically everywhere, we are driven to assume that a corresponding motive must be present everywhere, too. Though visionary rumours may be caused or accompanied by all manner of outward circumstances, they are based essentially on an omnipresent emotional foundation, in this case a psychological situation common to all mankind. The basis for his kind of rumour is an emotional tension having its cause in a situation of collective distress or danger, or in a vital psychic need. This condition undoubtedly exists today, in so far as the whole world is suffering under the strain of Russian policies and their still unpredictable consequences.

With the sort of knowledge we have today that pertains to various testing of secret government aircraft and the like, it’s safe to say that Jung’s fundamental thesis was incomplete; but perhaps it wasn’t completely inaccurate. Many would argue that the hard evidence and nuts-and-bolts elements that accompany many modern reports does, if nothing else, suggest there is a physical quality to many reported incidents involving UFOs (i.e. burn marks at an alleged landing site, etc). However, there are certainly circumstances, many of them having to do with death, dying, and the end of humanity as a species, that also bear archetypal significance.

One of the more physical aspects of the UFO phenomenon spanning the last several decades deals with the claims of UFO abductees. Many theories have been presented over the years as to what the underlying nature and causes of this phenomenon may be, ranging from the sudden recollection of psychologically-embedded birth-memories and endogenous mystical experiences, to the obvious inference that some people have actually been taken hostage by extraterrestrial beings. What is particularly interesting about the phenomenon is that, even with the prevalence of claims of the latter, these instances often bear strong similarity to mystical experiences and shamanic visions that are in no-way oriented with UFO literature.

Take for instance the case of Betty Andreasson, recounted in Ray Fowler’s book The Andreasson Affair, in which the witness claimed to have been abducted by alien beings who communicated telepathically with her. After taking her aboard a spacecraft where a physical examination took place, Andreasson was taken to a strange landscape with vivid red and green colors and odd, alien flora and fauna. She was finally brought before a large bird, which caught fire as she stood before it, nearly burning her alive. Once the flames had consumed the bird, from the ashes a gray “worm” emerged. While in the presence of all this, Andreasson was told a variety of things, including the profound love this entity, which she perceived essentially to be Jesus Christ, had for her. She was imparted with secret wisdom, along with the impression that a second coming or other world-changing event might occur in the near future.

Of Betty Andreasson’s strange encounter, Dr. Kenneth Ring noted in his article “Near-Death and UFO Encounters as Shamanic Initiations: Some Conceptual and Evolutionary Implications” that, “anyone who reads it cannot help but notice that it is chockfull of the symbolism of the (shamanic) initiation, a fact that several other commentators have pointed out and of which Betty herself seems aware.” Indeed, the giant flaming bird is an obvious match for the legendary phoenix, once commonly used in Christian iconography for the symbolism its death and re-birth presented.

Others who have described encounters with aliens sometimes recount being shown visions of end-of-the-world scenarios. Dominique Callimanopulos, describing an investigation he and UFO researcher John Mack undertook together at a primary school in Harare, Zimbabwe in 1994, shared the following story from a young girl called “Elsa” in his article “Exploring African and Other Alien Abductions“:

(The student) told us that she thought the beings wanted to tell us something about our future, about how “the world is going to end, maybe because we don’t look after our planet or the air.” She said she felt horrible inside when she got home that day. “Like all the trees will go down and there will be no air. People will be dying. Those thoughts came from the man–the man’s eyes.”

Is it possible that a correlation might exist between people’s experiences with the unexplained and a sense of future disaster or conflict? The few instances illustrated here hardly provide enough information for a clear, plausible theory in this regard, but they nonetheless express a serious notion which might illustrate how people’s general stress, tensions and fears might exist in tandem with manifestations of otherworldly phenomenon. Perhaps this even represents some of the more unique psychological functions of the mind, in the sense that some of the processes that dictate humankind’s behavioral coping mechanisms may still allude our understanding. If this is the case, arguably they will continue to do so for some time; let’s just hope the world doesn’t come to it’s untimely demise before we’re given a chance to solve the mystery.

Image by Desmond Kavanagh via Flicker.

2 Replies to “At World’s End: Is the Unexplained on the Upswing?”