Astronomers and UFOs: The Final Frontier? 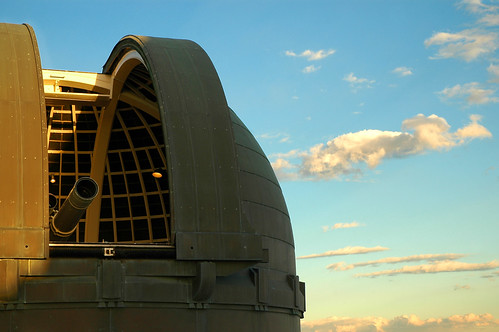 With their eyes pinned on the skies, it could be argued that no one might be in a better position to see UFOs than astronomers. Years ago, a friend related to me that an associate of his, an astronomer who often operated with a large Clamshell observatory-style telescope, claimed that in all his years of watching the stars at night, he had never seen any evidence of unidentified aircraft drifting through Earth’s atmosphere. But what kinds of factors really might determine the likelihood of astronomers and hobbyist star gazers seeing a UFO… if they exist?

Over at the Daily Grail’s blog, Ufologist extraordinaire Chris Rutkowski, author of Abductions & Aliens – What’s Really Going On and A World of UFOs, has been speculating on whether there are simple explanations behind the age old criticism of UFOs and astronomers who report (or fail to report) seeing them.

“It’s true,” Chris writes. “Amateur astronomers watch the sky more than most people. Of course, there’s fewer of them than there are other people who might casually or accidentally watch the skies, so that’s why most UFO reports come from anyone other than amateur astronomers.”

The complete article can be viewed by clicking here.