Did Scientists Prove There Is Life After Death? Not So Fast… 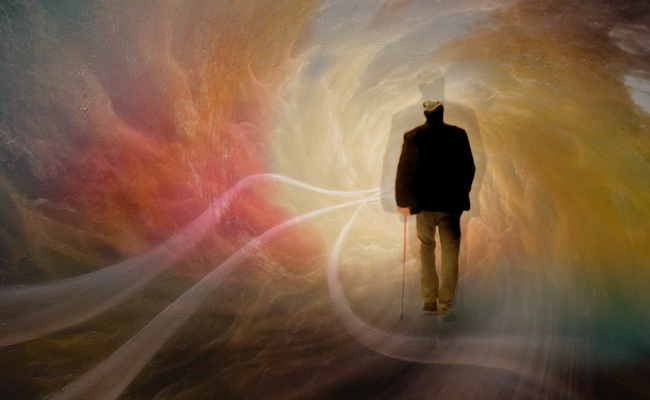 Recently, an article has been making the rounds that claims scientists have managed to verify the age-old idea of “life after death.” The story goes that psychologists working with the prestigious Technische Universität of Berlin made an announcement “that they had proven by clinical experimentation, the existence of some form of life after death.” The story further claims that this far-out determination was made by employing “medically supervised near-death experiences, that allow patients to be clinically dead for almost 20 minutes before being brought back to life.”

If this sounds more to you like the plot of a sci-fi movie than real life, that’s because the story is completely bogus.

One of our Gralien News linkers, Janet Fitzgerald, had suspected the story might be fraudulent shortly after finding it and sharing the link with us. “Micah, you might want to check out the validity of that article,” she wrote, explaining that she had a friend that had been trying to independently confirm the story, but that there seemed to be a disconnect between facts in the article, and the individuals purportedly involved with it.

“The University is prestigious,” Janet said. “But [my friend] couldn’t find any mention of this study on their web site, and she is thinking it looks suspicious because a study like this you’d imagine would be more prominent on the site.”

The observation, simple though it was, led Janet to try writing the university herself, and within a few days, she got the following response:

Thank you very much for your email. Unfortunately there is no employee called Dr Berthold Ackermann in our University, nor a department, which do research in this area. But we found this article (http://wafflesatnoon.com/scientists-prove-life-after-death/). So we assume this is a hoax.

The linked article at the Waffles at Noon website came to the same conclusion, as one might expect, where they said the following of the story, and the site which carried it:

“This fictional article was written by World News Daily Report, a website which is known to post fake news in the name of satire. As with many of these recent sites that have adopted a humorless breed of satire, a story will sometimes begin a viral spread through social media as people mistake it for reliable and genuine news. Perhaps manipulating preconceived notions and strong beliefs also plays a role in the spreading of viral memes. It seems that people want to believe these stories are true.”

With little doubt, there are many people who would like such stories to be true, and for good reason, of course. The idea that an afterlife does exist, apart from religious faith-oriented beliefs from around the world, would be extremely comforting for virtually anyone, as it would grant assurance against the current finality we associate with death.

But in fairness, there are also a number of discerning people out there who, when reading a story with elements as unlikely as those discussed here, take time to give it a second thought, and even make inquiries about its validity, as Janet did here, which we appreciate.

And as for whether there really is life after death, that will have to remain, as before, a matter of faith… for now, at least.

5 Replies to “Did Scientists Prove There Is Life After Death? Not So Fast…”