When Life Was Slime: Oxygen, Trace Metals, & Evolution on Earth 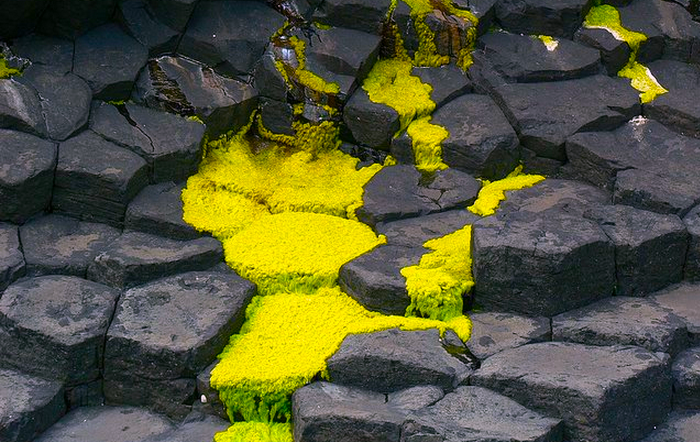 Life, and its origins, have remained a mystery to us for as long as humans have possessed the ability to reflect on our existence, and ask fundamental questions about what may have been the root cause behind the formation of life on our planet.

In truth, the mysterious thing we call life had humble, if not sticky beginnings. For the first billion or so years after life existed, it was little more than the literal “primordial slime” that we so often hear about in discussions pertaining to evolution studies. But the real mystery, it seems, had more to do with what caused a rapid evolutionary change that began in the Cambrian period, out of which the beginnings of more complex life forms came to be.

The entire strange affair of chasing origins of life that became fundamentally different some 750 billion years ago may seem a fool’s game to some; in part, this is a correct assessment, if only for the “fool’s gold” involved. No, seriously.

In a recent study carried out by researchers at the University of Tasmania, scientists have sought to examine the apparent lack of oxygen and trace metals in Earth’s oceans during this period when slime reigned supreme, thus preventing simpler life forms from making the metabolic and nutritional leaps necessary to spur complex evolutionary trends. Lead researcher Ross Large commented on how pyrite, often called by its less formal name of “fool’s gold”, was a determinant factor in the study, as reported recently by the International Business Times:

“We’ve looked at thousands of samples of the mineral pyrite in rocks that formed in the ancient oceans. And by measuring the levels of certain trace elements in the pyrite, using a technique developed in our labs, we’ve found that we can tell an accurate story about how much oxygen and nutrients were around billions of years ago.”

This information lead Large and his associates to the equation for complex life’s origins, as Earth’s oceans began to fill with trace metals in response to a sudden “burst” of oxygen in our atmosphere around 750 million years ago. This scenario is a little less interesting than ancient aliens visiting our planet and seeding the roots of life on Earth, but it will have to do.

Incidentally, the discussion of mysterious “space slime” has recently appeared elsewhere. Over at Mysterious Universe, this piece dealing with mysterious jelly known as “pwdre ser” (borrowed from an ancient Welsh term meaning “star rot”) seeks to understand the unexplained appearances of mystery slime in locales around Earth in the present day. While less likely alien sludge procured in an attempt to seed new varieties of life in our midst, there are more conspiratorial thinkers among us who think such substances may actually represent biological agents designed for the intended purpose of harming portions of the public.

Who knew slime could be so fascinating, and even outside the study of ghosts and ectoplasm? With that in mind, here’s a famous sliming from American cinema that’s sure to help us end on a positive note: