The Universe, in a Nutshell: Welcome to the Future 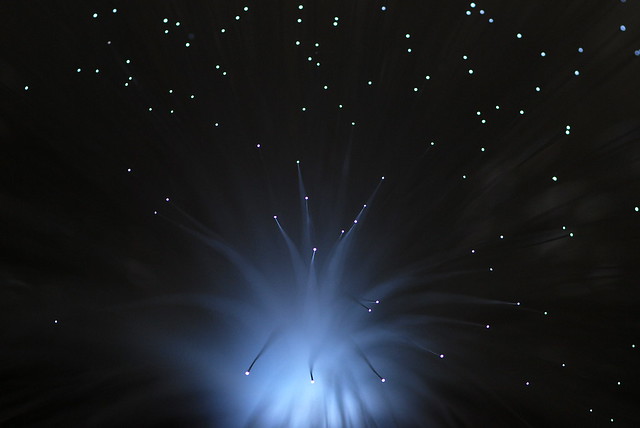 For the first time recorded on planet Earth, a primeval “soup” of matter has been produced under circumstances similar to the Big Bang that created our universe, according to physicists working with the Large Hadron Collider.

Achieved by firing lead ions in opposite directions–and at incredible speeds–the Collider succeeded in recreating a miniature Big Bang; the result of seven months of similar tests using lighter particles (protons) at speeds approaching that which light travels. Though it remains to be seen where the results of this fascinating study will eventually lead us, it does illustrated for us already that the sciences are bringing us to the very brink of a world which, soon, will more closely resemble the fantastic environments of science fiction.

Another recent example of this involves the use of holographic technology. Arizona-based researchers have now said that “real-time holographic communication and ‘telepresence’ are finally within our grasp,” according to a report featured in the Guardian. In a press statement, Project leader Nasser Peyghambarian described holographic telepresence as the ability to “record a 3D image in one location and show it in another location, in real-time, anywhere in the world.” This technology, though in its infancy, is already familiar to fans of science fiction, who have no doubt seen similar technology employed by George Lucas in his Star Wars film series; the most famous instance features a captive Princess Leia sending a holographic SOS message via her android companion, R2D2, which is later discovered by young Luke Skywalker on the desert planet of Tatooine.

Does our future entail a world where space and matter can be manipulated using the same forces which brought our universe into existence–and which we’ll learn about during 3-D holographic transmissions (would these, therefore, be “hologramized”, rather than televised?) from major scientific establishments and press conferences? At present, the prospects are getting more exciting by the day…

2 Replies to “The Universe, in a Nutshell: Welcome to the Future”