Is a Working Cure for Cancer Just Around the Corner? 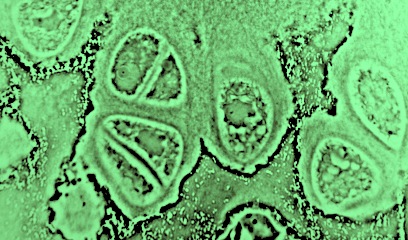 Cancer is among the leading afflictions recognized for causing death worldwide, despite an overall drop in cancer-related deaths reported by the National Cancer Institute this year. The disease results from particular varieties of cells that grow and divide more quickly than others within the body, becoming malignant in the event that naturally protective “killer” cells fail to destroy them before their growth becomes untenable.

Typically, there are molecules present in healthy individuals that aid in the necessary interactions between two key players within the body: antigens and lymphocytes. In the event that such molecules are lacking in numbers, these naturally protective processes can falter, resulting in cancer cells spreading more quickly throughout portions of the body.

Part of what allows cancer cells to proliferate is the fact that they utilize metabolic changes to process oxygen to their benefit. However, since 2007, lab studies have found that a low-cost substance called Dichloroacetic acid (DCA) works effectively toward restoring the original metabolic processes, and thus promoting the self-destruction of cancer cells. Though it’s attractive cost (estimated at being about $2 a dose) should, in theory, have made it widely available as a cancer treatment, the fact that no patent has been owned on the drug–thus helping ensure it’s profitability in the pharmaceutical market–has prevented it’s use from becoming widespread. However, this minor economic setback may be about to change…

According to a recent PharmaLive.com press release, the drug now may finally be poised for being awarded a patent, and thus one-step closer to widespread use in the treatment of a variety of cancers in humans. “The United States Patent and Trade Office has announced that the patent calling for the use of Dichloroacetate (DCA) to treat Cancer will be issued to the University of Colorado,” the press release states, “and licensed exclusively to Viral Genetics, as a result of the invention filed by Viral Genetics’ Lead Scientist, Dr. M. Karen Newell Rogers, during her tenure at CU.”

The statement goes on to state the following about Rogers’ pursuit of a patent on the drug:

Dr. Rogers originally filed the patent application in 2003, based on research work she and colleagues had done relating to