Of Psi and Cervezas: Rewarding the ESP Experience 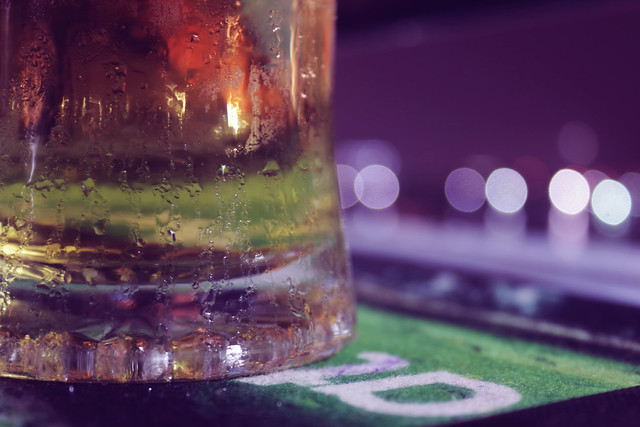 Earlier this afternoon during some seldom-seen down time, I managed to share a rather interesting discourse via Skype with a friend and Gralien Report correspondent based out of Canada, Mr. Christopher McCollum. Our conversation made its way into discussion of psychic phenomena, and a number of my own experiences that have occurred over the last few months that seem to point toward, to put it discreetly, some kind of meaning that underlies a variety of incredible coincidences I’ve experienced with others.

Choosing to term such experiences of my own within the capacity of being “meaningful coincidences,” rather than the more popular use of psychic phenomenon, a more appropriate term is derived, which those familiar with the work of Carl Jung will surely know: synchronicity. This, according to the Oxford New American Dictionary, can be defined as “the simultaneous occurrence of events that appear significantly related but have no discernible causal connection.”And yet, during my conversation with Christopher McCollum, our own brief inquiry into the nature of such things did lead us to question the very nature of more substantial feats of psi; namely that of telepathy.

I decided that, over the great distance between us between our locations, it might be interesting to conduct a very simple (and classic) experiment using ESP cards, sometimes also referred to as “Zener cards” for their creator, Karl Zener, who designed them for his colleague J. B. Rhine in the early 1930s. The deck I employed for this experiment on my end of the electronic exchange actually came from Rhine Research Center at Duke University, sent along by Rhine’s daughter, Sally Rhine Feather, through our mutual friend Susan Davidson.

For optimal results, it is suggested that when using Zener cards, which feature one of five symbols on each of the 25 cards in the deck, one should utilize a system of positive reinforcement. With children, a “reward system” is often best suited for achieving favorable results, in that one who is focused on an object, etc, that they desire may tend to perform better in terms of exhibiting “psychic” abilities. After two initial failed attempts at guessing the card properly, for McCollum, the reward became a promise to be treated to dinner at one of his favorite Asheville-area Mexican restaurants during a visit later this summer.

“Imagine a tall, 32 ounce mug of Dos Equis with a lime floating in it,” I told him. “It’ll be my treat, along with one of those big Macho-Mexicano burritos… no wait, you like the California Burritos don’t you, with the shrimp, steak, and Jack cheese.” McCollum nodded his head in approval. We tried having him guess the card I was holding up four more times (with the image facing in my direction, of course, so that only I could see it), and once he had begun focusing on his “reward” of a hearty Mexican dinner, he managed to display a 100 % success rate!

Granted, to really test one’s abilities it is recommended that a participant should cycle several times through the entire deck. Nonetheless, it was interesting that McCollum guessed the image on the card correctly four consecutive times, only moments after he and I both began to visualize the beer and burritos that awaited during his late-summer visit. This reminded me of a similar test my friend Joshua P. Warren conducted many years ago, in which he offered to write a check for $25 to my girlfriend at the time if she could correctly guess a series of numbers between one and ten more than 50% of the time. I had failed in doing so (prior to his idea for offering an incentive, of course), but my partner nonetheless managed to do it, and was thusly rewarded with a check written for the promised amount.

Could it indeed be that a “reward system” can enhance one’s inherent ability to predict the outcome of events such as random number selection and card drawing? And if more mundane circumstances like these might yield such favorable results, how else might one enhance such innate abilities, and do so in a way more conducive to achieving meaningful change in their lives, or even the world at large?

4 Replies to “Of Psi and Cervezas: Rewarding the ESP Experience”