Ibogaine and the Art of Communciating with Our Elders 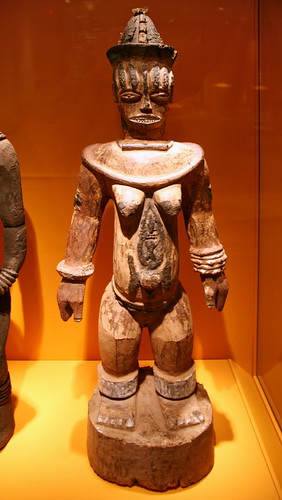 In my book Magic, Mysticism and the Molecule, there are many instances where I discuss the various cultural parallels that exist between people around the world who use methods of entering mystical states (or altered states of consciousness) with interest in communicating with what might be some form of sentient, universal intelligence. In several instances, these parallels specifically involve the appearance of the spirits of the dead as well.

A rather obscure reference to a psychedelic substance used to evoke such an experience was recently discussed at Daniel Pinchbeck’s site Reality Sandwich, in which author Charles Shaw outlines the way the peculiar drug ibogaine, understood to have remarkable abilities in reversing addiction to drugs like heroin, is also used by African tribes to contact their elders (image, right, by Cliff1066 via Flickr).

Ibogaine is a naturally occurring alkaloid, derived from the Tabernanthe Iboga plant found in West Central Africa. “The iboga root bark contains a powerful psychedelic that has been used as a religious sacrament for centuries,” Shaw explains. Among the Bwiti religion of Gabon, ibogaine is actually a common facet of their rituals, during which Shaw says that “large amounts… are consumed and the initiates are known to enter visionary states where they meet their deceased tribal elders — what they call