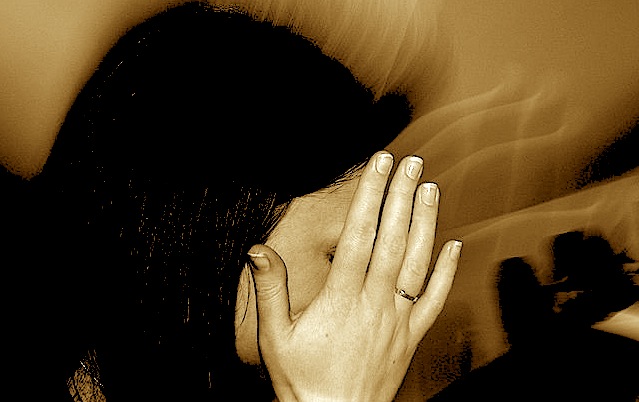 If we could narrow our sights in such a way that we could view single atoms, the tiny little particles that comprise all matter and make up our universal abode, we would come very quickly to the startling realization that we’re all ghosts, in a sense. What we take to be tangible things, in reality, are mostly empty space between the tiny protons and electrons comprising the minutiae of our world. Even those tiny particles are themselves just energetic forms, vibrating at varying degrees of human detectability. All things we know of and interact with are comprised solely of energy, and are far less tangible than we realize.

Putting things in perspective, imagine if we took the tiny bundle of protons and neutrons that shape the nucleus of any single atom, and enlarged them until they were the size of a golf ball. The orbit of the electrons swirling around the atom’s exterior would circle our humble little golf ball in an area as large as the planet Earth at very least. Indeed, there’s a good bit of emptiness that exists between the nucleus and those electrons firing about out there, and thus it becomes easy to understand how stray neutrinos can be hurtling through space at any time, passing through the gaps between the very stuff that makes up our brains and bodies. We can see easily how electromagnetic fields can permeate thick walls of buildings and infrastructure, and why only certain metals of extraordinary molecular density can shield us from harmful energetic radiation of the variety that transforms men into monsters in the comics and pulp novels of yesteryear.

There are other realities that begin to reveal themselves to us as well. For instance, we begin to realize how the world around us simply isn’t as we might perceive with our eyes alone; perhaps in this way some justification for the multitude of strange and synchronistic circumstances that haunt our existence is revealed. If we live in a closed energetic system, the universe around us obeys certain laws of energetic and thermodynamic conservation. In a realm where the energies we’re comprised of can neither be created or destroyed, we begin to view with greater clarity how the stuff of matter–even that which you or I are composed of–has existed elsewhere, at different times, places and states of being in the universe. A harmonious sense that we’re all pieces of some greater substructure becomes difficult to ignore, and possibilities begin to emerge, on a quantum level, that hint at causes behind our strangest abilities to perceive things that appear to originate from outside the five senses.

What is the true essence of our strange existence? Will the ultimate discovery and understanding of mysteries like time, gravity, human consciousness, and parallel dimensions on a quantum level eventually explain the similar mysteries of ESP, telekinesis, coincidences and synchronicity also? Especially here in our Western culture, it has become too easy to commit ourselves to intellectual pursuits that all but forgo understanding of the unusual, or things we might deem “spiritual” in nature. But like points along a curved line which eventually meets itself and forms a circle, our scientific understanding of time, space, and the cosmos may, in reality, represent an attempt at unraveling the universe that is surprisingly similar to the ancient spiritual sciences, beginning at a mutual point of asking “why” and heading in different directions along the same circular perimeter. Eventually, both scientific questioning and spiritual pursuits would have to unite again further down the road, and all would undeniably fall under the justification of what we will one day simply call “science.”

This, in only the briefest sense, might serve as an introduction to the notion that strange extra-sensory powers could have their basis in realistic quantum physics and scientific studies which, though perhaps misunderstood or ignored altogether for now, may one day be well understood as components of the greater reality around us. On a personal note, in the near future I hope to research these sorts of concepts in greater depth, as so many have done before, with hope of coming to new understandings by incorporating emerging scientific processes and discoveries. Though scientific studies are of utmost importance, I think the true spirit of inquiry would err against ruling out the less plausible witness testimonies that comprise the collective body of literature we deem strange or unusual. Hence, as always, I welcome hearing about your own experiences with the unexplained, particularly those that here would seem “psychic” in nature, or involve the perceived ability to move objects at will from a distance, predict the future, or perhaps even read the minds of others.

If you have experiences of this sort that you’d like to share, please feel free to post them in the comments section below, or for private correspondence you may email me. I’m eager to learn about the experiences that have helped shape your own perception of the universe around us, and other ways that things we call “supernatural” may seem to be, quite literally, more “natural” than most are willing to admit… for now, at least.