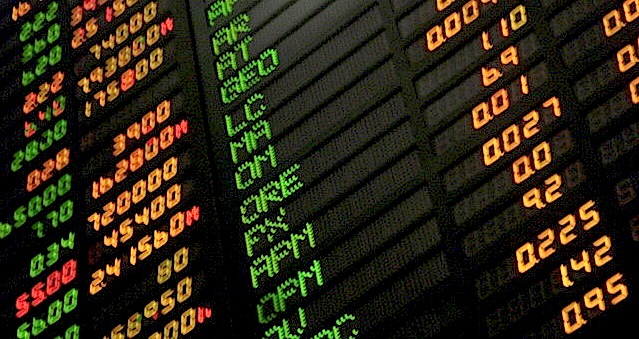 As we ease steadily into 2012, like many others I’ve kept my eyes open for new opportunities in terms of investments and emerging technology. No doubt, within the next ten years the kinds of emergent technologies that will become available (and thus become marketable) could far exceed anything most of us can predict right now.

The key word here, of course, is most of us. I make this assertion based on the fact that I keep seeing the following website linked to Matt Drudge’s site, and this morning I finally took a moment to check it out. it’s called “Intrade.” In addition to securing an investment market around emergent technology (among other things), I think there’s also tremendous potential here for learning a bit about the process of prediction in general, and perhaps even humankind’s eventual attainment of function psychic abilities aided by new technology.

“Intrade is a prediction market… that allows you to make predictions on the outcome of hundreds of real-world events. Stock exchanges find the price of stocks, and futures markets find the price of commodities. Prediction markets find the probability of something happening – a predefined, uncertain future event. Will the financial markets be up today? Will a certain candidate win the next election? Who will win the Academy Awards? If you have an opinion on what will happen then you can make a prediction on Intrade. Predict correctly and you can win real money profits.”

I find this incredibly fascinating, since what we’re dealing with here is an internet market that is based around predictions people are making. In other words, it’s a website that crowd-sources data from individuals who stand to gain monetarily from a circumstance, who thus are more likely to make educated guesses before risking their capital; in the end, it becomes a viable market based on chance happenings and future events, and the folks at Intrade therefore have now crowd-sourced what amounts to a functional kind of “cyber-psy.” I’d even wager that Intrade’s predictive capacity may correctly guess outcomes with a greater than a 50% success rate in even some of the more volatile instances, in terms of probability. Statistically, we’re talking about beating the odds of chance a majority of the time… thus, in addition to profit potential, Intrade may be providing an intricately designed forum where the most likely outcomes of world events can be foreseen in advance, and doing so in a way that borders on the extra-sensory. That said, maybe “Intuitrade” would be a more accurate name for their operation…

If things continue along these lines, how long before human kind reaches a literal state of functional psychic ability, made capable through the aid of technology? I propose for this new area of science, which amounts to being a form of cybernetics, that we coin a new term: “psybernetics,” or the achievement of extra-sensory abilities with the help of technological implements. No doubt, before much longer such things will become a tangible reality… and that’s one market I’m willing to bet on!

One Reply to “Beating the Odds: Crowd-Sourcing “Psybernetic” Predictions”