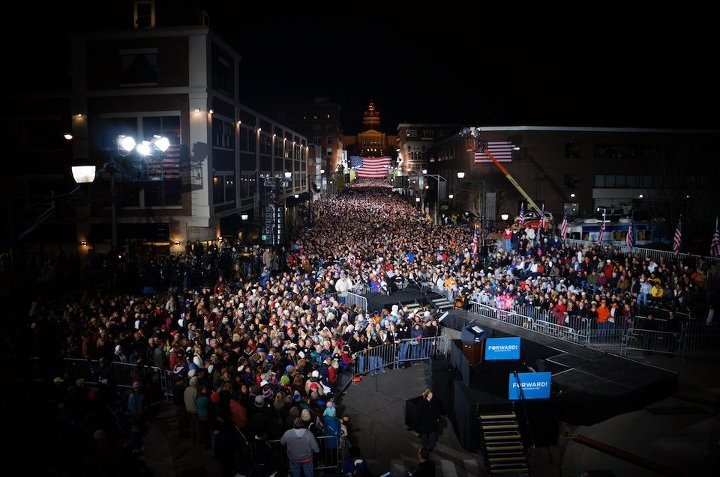 Today another vote is in place, marking four years since the last time citizens cast their ballots to choose the next President of the United States. With an incumbent in place, depending on the outcome of today’s votes we may well be lead to a slightly different America from the one we all woke up to this morning. On the other hand, there’s a good chance that things may not really change much at all… despite whoever ends up winning the popular vote.

On that note, and as many in the media have already pointed out, the popular vote by itself may not be enough to secure a second term for standing President Barack Obama, or for that matter, an ousting by Republican challenger Mitt Romney. As close an election as many we’ve seen (on par, in some ways, with the infamous tie that occurred in 2000 between Vice President Al Gore and George W. Bush), analysts say that Obama has a slight lead over Mitt Romney on the electoral map, but that Romney has indeed managed to close the gap in the month leading up to today’s election. Polls in swing states like Nevada, Iowa (where Obama was campaigning last night, see above), and North Carolina are tight… this could still very much be any man’s game. Then there’s the question over how the electoral college will handle the outcome; many are still saying that, despite Obama’s slight “edge,” there is the potential that this race could be a tie.

In the last three elections, margins of defeat have grown almost exponentially; among the popular vote, Al Gore managed to lead George W. Bush by half a million votes in 2000, although in that instance, the electoral college, a recount in the state of Florida, and then a Supreme Court Decision under then Justice William Rehnquist, determined Bush to be the winner. By 2004, the popular vote margin had increased to a 3 million ballot spread in Bush’s favor; then in 2008, Barack Obama led the ballots in yet another exponential increase in voter preference, winning against Arizona Senator John McCain by more than 9 million votes. This year, however, we can’t expect either candidate to win by such a great margin, and with only hours left to go in this tight race, things could really go in almost any direction.

This morning, the Wall Street Journal reported that, according to a recent WSJ/NBC News survey of likely voters, “The final (survey)… showed Mr. Obama leading by a hair, 48% to 47%.” The report noted that current polls, “give the president a slight edge in several key battlegrounds,” but that these leads are still within a margin of error, and that Republican strategists nonetheless point to Romney’s strength among independent voters as a factor that could still sway the election in his favor.

Then there are the quirks that have made this election an interesting one; in continuance of his “1950s” sense of humor, Romney while campaigning earlier in the week had mentioned at one rally that, based on the crowd’s exuberance, one would have expected that he had “brought the Beatles” with him. Meanwhile, Barack Obama, who officially became the first President in history to cast his vote early on October 25 of this year, had chosen Bruce Springsteen as his campaigning partner in the hours leading up to election day, making last-minute appearances in the swing state of Iowa last night, which Gralien Report correspondent Jessica Baccam attended (providing the photo featured above).

And this election was hardly free from critiquing by those who peer outward from the alternative fringe, either. Appearing on the popular Coast to Coast AM program on Halloween night, Joel Skousen of the World Affairs Brief referred to Mitt Romney as someone who “isn’t on the inside” in Washington (despite having served as both a Senator, and as Governor of Massachusetts, of course), and that because of this, he may be a less corruptible candidate. Arguably, Romney’s record, though often criticized in conjunction with his business history with Bain Capital, among other things, is still clear and available to the public, for the most part. On the other hand, many critics argue that, despite having previously campaigned on such things as, “greater transparency in government,” current President Barack Obama has managed to keep much of his history hidden away… except for that odd pamphlet published in 1991 by Barack Obama’s literary agency, Acton & Dystel, which noted that Obama was “born in Kenya and raised in Indonesia and Hawaii.” You don’t have to be a “birther” (something we here at the Gralien Report have never ascribed to, either) to wonder about that one.

But perhaps most interesting of all is the fact that, fundamentally, the two present candidates share a number of the same values and precepts, which they have thus used to lead their campaigns. An NPR report in late September pointed out that, during a number of campaign appearances, both candidates announced “five-point plans,” and though each criticized that of his opponent, for the most part, these included elements that were nearly identical from one candidate to the other. Some would argue that this indicates the general stagnancy of the present campaign; others might interpret this to mean that, altogether, both candidates see the same fundamental issues, and leaning a bit toward the moderate center (and of course, to those undecided voters still hanging in the middle), we find that perhaps there is a clear way forward in America today… and that both candidates, despite party differences, do have hopes that the country can be set back onto a path toward greater prosperity.

Few would make the claim, after all, that things are really the best they could be, and certainly aren’t as good as they’ve been in the past. In truth, as the global economy continues to change before our eyes, and unrest continues to spill forth in the Middle East and other parts of the world, the only “fundamental game-changer” may truly be that the nature of politics, both globally, and here at home, has changed immensely… the outcome of any single election, even in a country like America, simply may not be enough to spark the kind of tremendous change so many are seeking. During this presently trying time in our history, things like unemployment and fiscal uncertainty seem to be more realistic campaign promises for either of today’s Presidential hopefuls… but then again, as we’ve seen in the past, a lot can change in the short span of four years. Let’s hope that, whatever the outcome of today’s election may be, that this same spirit of growth, opportunity, and prosperity will remain a goal, for all Americans, as we proceed forward.