CIA, Secrecy, and Nukes: Why This Secret Film is Being Withheld 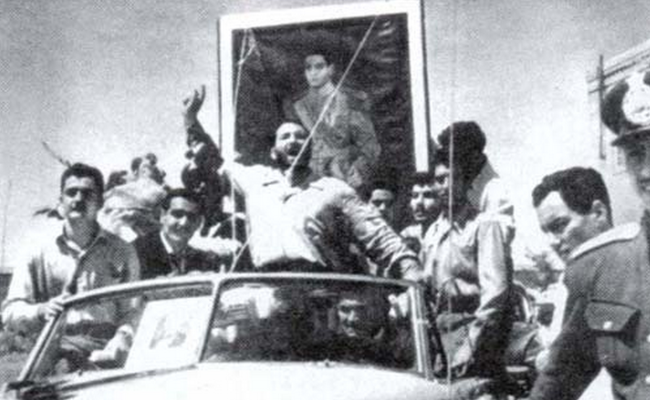 The Central Intelligence Agency has a long history of action involving covert operations in other parts of the world, actions which have spurred everything from military coups to overthrown regimes, and even transfers of power that, for better or for worse, have affected history in remarkable ways.

Most famous, perhaps, among these is the Iranian Coup of 1953, which led to the overthrow of Mohammad Mosaddegh,the democratically elected Prime Minister of Iran, in August of that year. The operation was largely carried out by the United Kingdom, who had approached the United States about cooperation, which remained unofficial until last year with the release of secret documents that confirmed the CIA’s role in carrying out the affair.

Granted, the CIA’s involvement has been known for some time, and this is hardly considered anything new or revelatory. But there are other sources of information about this period which remain kept from public view.

According to a bulletin issued recently by the Federation of American Scientists, senior State Department officials have announced the decision to delay publication of a documentary on the history of the CIA’s covert action in Iran in 1953, part of the official Foreign Relations of the United States series. The inferred reasoning behind this is that the film could promote tense relations with Iran, with whom the U.S. and other countries are still hoping to negotiate in relation to the country’s nuclear program.

According to Steven Aftergood, writing in the FAS newsletter:

It seems that the remaining U.S. records of the 1953 coup in Iran are not only of historical interest but they evidently hold the power to move whole countries and to alter the course of events today. Or so the State Department believes.

“The logic, as I understand it, is that the release of the volume could aggravate anti-U.S. sentiment in Iran and thereby diminish the prospects of the nuclear negotiations reaching a settlement,” said Prof. Richard H. Immerman, a historian at Temple University and the chair of the State Department Historical Advisory Committee.

“I understand the State Department’s caution, but I don’t agree with the position,” he said. “Not only is the 1953 covert action in Iran an open secret, but it was also a motive for taking hostages in 1979. The longer the U.S. withholds the volume, the longer the issue will fester.”

Besides, if the documents do have an occult power to shape events, maybe that power could be harnessed to constructive ends.

These days, it seems that nearly anything of an official nature that is released for public viewing has potential to upset international relations; this is particularly as it relates to CIA involvement with other nations, in the wake of the release of the CIA’s infamous torture report. Would the release of this film, in conjunction with the rest of the long-lamented FRUS documentation slated for release, really be as earth-shaking as it has been made out to be? in 1990, the New York Times called the documents “ostensibly authoritative”, and likened it to being “Hamlet without the Prince of Denmark — or the ghost.”

Apparently, even today a few of those ghosts are lingering… and still just out of reach.