“What Kind of Thing?” A Woman’s Strange Yorkshire Encounter 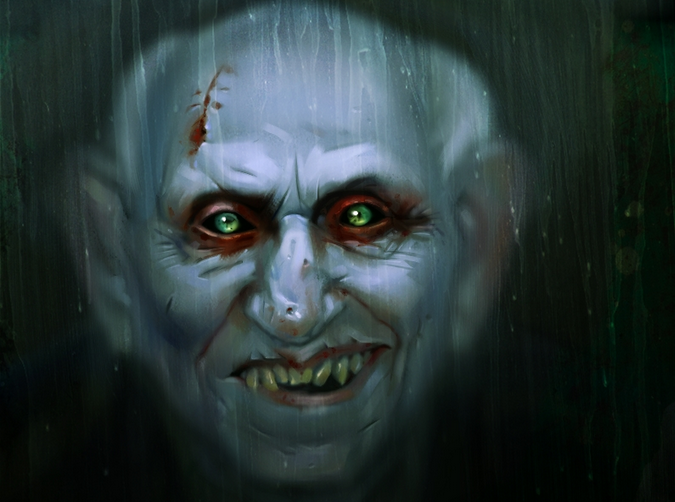 On a recent edition of The Gralien Report Podcast, we featured a series of reports from the U.S., England, Pakistan, and other locales that involved alleged observations of humanoid beings of unknown origin, resembling humans in shape, but often bearing what appear to be animalistic characteristics. Popular examples include the well-known cryptozoological beast called Bigfoot, as well as other regional varieties of this supposed beast reported elsewhere around the world.

Many such reports strain the limits of credibility, but on occasion there have been cases where such alleged sightings of “mystery beings” like Sasquatch, etc, at least provide circumstantial evidence on account of one or more eyewitnesses that may indeed account for something… though whether the nature of this entails sociological phenomenon, misidentifications, or some genuine physical element is more difficult to discern from testimony alone.

One such report was sent along by a listener of the program, Scott Wigglesworth of Beverley, East Riding of Yorkshire, whose mother had only days ago shared with him a strange observation she and another witness shared approximately six miles from Beverley. The encounter took place at night, and Wigglesworth supplied the following details of what his mother said she and another man observed:

Just listening to the Gralien Report from February 18th and I couldn’t believe the coincidence of the subject matter and an encounter that my mother had just the other night!

A few nights ago I had a phone call from my mum, she lives in a town about 6 miles from my partner and I. When I answered I could tell she was excited and she exclaimed “Scott, you’re never going to believe this!”, a phrase that, within our family at least, doesn’t usually provoke much of a reaction due to the frequency of odd events that we’ve experienced over the years.

She continued “…I just drove home from work and as I turned into the road off the roundabout I saw this…thing! It was huge!”. I stopped her there and asked “A thing? What kind of thing?”. She told me that as she had turned the corner off the mini roundabout that feeds traffic into he housing estate that she lives in, my home through my teens and early twenties, her headlights caught the back of a large figure, its hunched back and stubby neck with what was assumed to be a head was level with the canopy roofing at the front of the houses as it walked away, literally just sauntering, down the residential street. It was about 9pm and she had just finished her cleaning job at a local Estate Agents office in the town centre. It was completely dark by now and cold.

Further to its stature she explained that it was broad and had a lumbering stride.

I was intrigued to say the very least, so I asked “Well, where you alone? Did anyone else see it!?”. My mum immediately jumped into another excited round of explanation, she said “Oh no, no, there was a man walking his dog, he ran over to the car window and the dog was cowering behind my car!”. She wound down the window and the man asked “Can you see that!? What the hell is that!?”. He went on to say that he had to walk that way to get back to his house which they could see from their position; needless to say, the dog got a longer walk that night as he turned and walked the opposite direction. By now they could see the thing had walked on and was now nowhere to be seen. They both agreed that whatever it was looked to be approximately 9 feet tall and wearing either a cloak or a long coat.

Well, whatever it was that they saw, it shook my mum enough to call me about it immediately. With the recent report of something seen wading through fields near London, it made me wonder if this was something similar.

The additional report Scott refers to at the end of his message was featured here, describing a “troll-like” humanoid seen moving through a flooded area near London, as seen by the observer (and allegedly others nearby) aboard a moving train.

As to what Wigglesworth’s mother observed, one can only speculate, given the description she provided. I have been in touch with Scott since he sent the original account, and will hope to obtain additional details about the time, date, and location.

If you or anyone you know have shared similar experiences, we would like to hear about them. Email us at info@gralienreport.com, and if possible, please provide as many details as possible that are relevant to the time, date, location, environment, and whether there may be additional witnesses that could be contacted about their observations.