Mass Destruction of the Mysterious Kind: What Destroyed Several Cars in Washington DC? 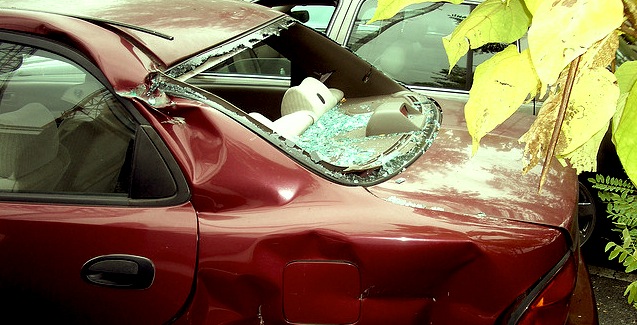 Hit-and-run automobile accidents are reported every day in the U.S., involving circumstances where one motorist (usually at fault for a collision) decides to flee the scene, rather than to stick around and face the consequences of their actions.

The same sort of thing appears to have happened recently in a Washington D.C. area suburb, but not just between two motorists. In fact, an entire block’s worth of parked vehicles have been mysteriously destroyed by something described as “very powerful,” the likes of which reporters on the scene said was, “unlike anything they have ever seen outside of a serious wreck on the highway.” The initial story, reported by area news station WUSA9, can be found here.

Why should this story constitute anything remotely Fortean, one may ask? Indeed, the likely scenario we’re faced with involved some motorist–believed to have been an intoxicated one–going full-throttle down the street, losing control or purposefully slamming repeatedly into a number of vehicles, and then disappearing. But as photos already indicate (available by clicking here), this individual managed to do a tremendous amount of damage… and at present, no suspect has been named. What kind of circumstances could have resulted in localized destruction on such a massive scale?

One witness described the damage as being on par with the kind one would expect from “a metor shower”; a WUSA9 reporter later likened the damage to that of “a monster truck” pummeling the vehicles. Looking at video of the scene, one can’t help but at least suspect that only a large industrial machine–perhaps a tractor or other large vehicle–could be to blame.

Aside from exactly what may have caused the damage in question, the notion that someone could cause this much destruction to the property of others–and that it would go unnoticed for what may have been hours–also seems counter-intuitive. And yet reports made around midday to police in the area seemed to reveal that law enforcement knew little, if anything, of the collisions, which were believed to have occurred as early as Friday morning. A subsequent police statement disclosed the following details regarding the situation:

Early Friday morning a suspect traveling in a vehicle on the 1000 block of Euclid Street NW, collided with several parked vehicles and fled the scene on foot without making his identity known. Police are in the process of determining the identity of the suspect and would be issuing a warrant for his arrest soon.

Little else is said of the individual believed to have perpetrated the crime, including what kind of vehicle he or she was believed to have been driving. One could infer, however, that the suspect’s automobile was destroyed during the collisions, and possibly left at the scene, since police did note that the suspect “fled the scene on foot.” Reports have also suggested that the driver was believed to have been intoxicated, possibly driving up and over at least one parked vehicle, coasting through the air, and landing on another car before continuing on what could only be described as a rampage.

Gralien Report Field Correspondent Christopher McCollum shared the sentiment that few passenger cars “can cause the kind of damage that was done to each car in sequence here, and keep on going to continue hitting other vehicles.” Indeed, the majority of conventional cars and trucks on the roadways today should have incurred serious structural damage in the process, especially while potentially destroying several other vehicles within a short period; and this isn’t even taking into consideration the condition of the driver afterward, who allegedly escaped on foot (it should also be noted that a passenger is believed to have been thrown from the perpetrator’s vehicle as well, who survived without serious injury, and was seen walking afterward).

Indeed, there is little about this report that is anomalous or inexplicable… but given the strange circumstances surrounding this apparent instance of widespread vandalism/collision, it’s one hell of a strange story… we’ll be eager to see how this one develops as more details come forth.

Special thanks to TGR Field Correspondent Christopher McCollum for contributing to this report.

4 Replies to “Mass Destruction of the Mysterious Kind: What Destroyed Several Cars in Washington DC?”