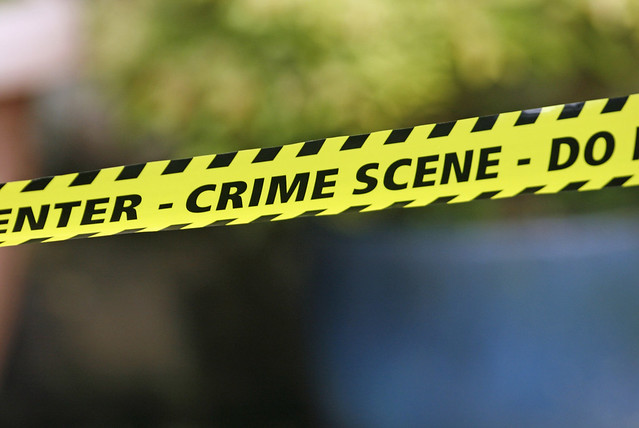 I don’t presume to draw connections between what are truly, from the stance of obvious probability, entirely unrelated acts of murder, mayhem, inexplicable nudity, and high-strangeness; still, there seems to have been far more of all-of-the-above occurring lately than can be easily accounted for. These range from today’s lead story, that of a 28-year-old Bulgarian transient who inexplicably (and savagely) murdered a woman in her sixties, to a now ridiculous number of instances where people have either had “spiritual epiphanies” or simply gone bonkers, tore off their clothing, and wandered around in the buff for all to see. As I often begin to ask of such things, this recent rash of so-called “madness” has me wondering “what is the meaning of all this?!”

The first story, as mentioned above, dealt with a 28-year-old homeless Bulgarian man who had been living presently in Tenerife, in the Canary Islands (thanks to Keith for the correction. -The Editor). This individual, whose full name had not yet been released by the press, was said to have been released from a mental hospital only three months ago, and seemed to show agitation and hostility toward those who passed him on the street. Sadly, it was more than either of these that he showed one victim, a 62-year old woman, whom he had allegedly stalked for days. Obtaining a sword (or a machete according to some accounts) from a novelty store, the man followed the victim into an area supermarket, where he stabbed her several times, then beheaded her, and left the scene mumbling to himself and brandishing the severed head. He was finally stopped when a motorcyclist stopped and launched his helmet at the gruesome killer, allowing police to tackle and apprehend him. This disturbed individual was already under suspicion for murder, according to the Daily Mail, and even claimed to be “a messenger from God,” known for citing loudly that “God is on Earth.” He had also referred to the poor woman’s severed head as “my treasure,” and had allegedly shouted at police trying to apprehend him that they, “could not take his treasure” from him.

This entire incident is shocking, sickening, and utterly frightening; after all, you just never know who might be sitting around you day-to-day, “gesticulating” and mumbling to oneself as this man had done. Our greatest sympathies are with the victim, as well as family members.

But there are other, more mundane reports of “madness” that have all been occurring around this time just as well. Consider the scads of reports of spontaneous nudity cropping up from all over the place, such as this: Harlan Porter, an elementary school teacher in Georgia, claimed he reached a “spiritual epiphany” where his third eye had opened, prompting him to desire for “everyone to be free.” He removed his clothing at around 3:20 PM on April 22, while still in the school where he taught, and began strolling the halls in the nude. He was subsequently arrested in the teacher’s lounge, and arresting officers found he had been diagnosed schizophrenic nearly two months beforehand. Porter was also a practicing vegan with interests in spirituality.

Also, a 47-year-old man was arrested for “nude sunbathing” in Palm Beach on May 7th, after being found tanning in the buff near South Ocean Boulevard. Then there’s 19-year-old Jonathan Palmer, who also wasn’t under the influence when he decided to strip naked and walk down the street in Boise, Idaho, to help others “overcome their fear of public nudity.” Maribel Gomez of Pompano Beach was arrested after “flashing” school children, and even asking one to stop running from her so she could “get him.” Then there’s the bizarre story of a man on a New York subway who stripped down and began attacking people, shouting a slew of racial slurs while doing so.

Nudity, air madness, and beheadings aren’t the end of it. In fact, increases in irrational behavior and, more specifically, violent crime, have a lot of experts wondering if there isn’t truly something else at play. For instance, what is described as “a sudden five-percent spike in killings” has Dallas officials concerned, apparently on the upswing after “years of declines.” According to Dallas area Fox News affiliates, the area had “hit a 50-year low in 2010.” Now increased killings, amounting roughly to one homicide each day, have caused concern among area law enforcement. “Detectives can’t explain it, though some have suggested that the economy might be to blame,” a report read yesterday.

Are economic woes indeed the cause behind rising turmoil around the world, potentially responsible for everything from increased homicides, to increased UFO sightings in China and the East? And speaking of UFOs, Gralien Report correspondent Mobius notes that he’s “lost count of UFO reports, they no longer can be counted and some of them have video cannot explain or debunk. High strangeness is at hand!” High Strangeness indeed…

UPDATE: After being linked to the Coast to Coast AM website, this story has received tremendous attention, and many similar instances of “madness” have been brought to our attention. Among these are a similar beheading incident that transpired earlier this week in southern California, as well as an Australian man boarding a commercial airliner and disrobing at some point during the flight. According to a conversation I had with Aaron Wright of Mysterious Universe, the man “had to be taped to his seat” until the aircraft had landed, at which time authorities intervened. Nonetheless, it is our official view that these incidents do not represent any kind of interconnected phenomenon, though their similarity and consistency are at times worth noting.