The Island of Blood 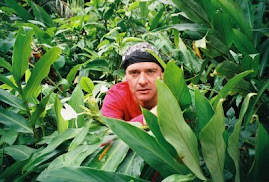 I received word from my friend Nick Redfern this morning regarding a new film that his friends at Red Star Films have released, detailing a trip he made a few years ago to Puerto Rico, the “Isle of Enchantment,” in search of its most famous diminutive blood-sucking resident: the Chupacabra. Here’s what Nick has to say:

Back in late 2005, I traveled to Puerto Rico with good friend, Canadian Paul Kimball of Red Star Films, and his crew, which consisted of Paul’s brother Jim, John Rosborough, and Findlay Muir. The purpose of the week-long trek was to make a film – road-trip-style – that would see me and Puerto Rican Orlando Pla (a local expert on the beast) on a quest for the truth about the monstrous thing said to be roaming the island: namely, the Chupacabras.

Well, I’m pleased to say, the production – titled Island of Blood – is now available as a 3-part installment, which you can find at the link below this email. Enjoy… or be very afraid!

And as Paul himself says: “It’s always fun when I have a new film that premieres, and today is no exception. This time it’s not on television (although it will probably wind up there in one form or another at some point), or in the theater, or the other usual media – nope, this time it’s right here, free of charge, direct to you. The Island of Blood is a low budget, lo-fi, slightly tongue-in-cheek, mostly serious look at the chupacabra phenomonon in Puerto Rico with my good pal Nick Redfern and Puerto Rican researcher Orlando Pla. It also features interviews with real witnesses, and an official government investigator of the phenomenon.”

One Reply to “The Island of Blood”