Terror in the Pilliga Scrub: Trucker Tells of Horrifying Encounter 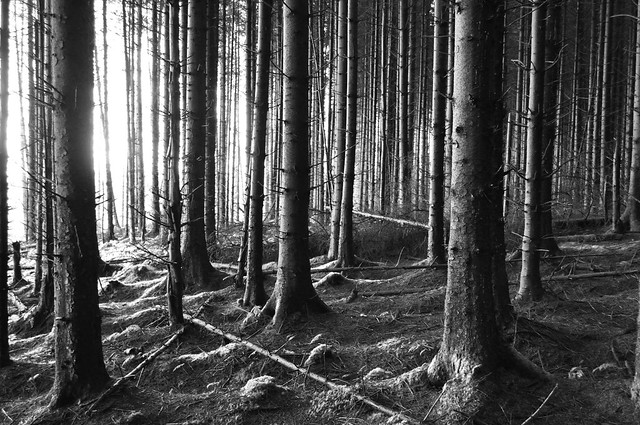 Last night, I was fortunate enough to be able to participate in a year-end review podcast with my friends Ben and Aaron of the Mysterious Universe website, a site for which I also frequently blog. During the conversation, we each were sharing our own unique “top ten” favorite stories of the year, pertaining to strange and unusual happenings from around the world (since Ben and Aaron live in Australia, this certainly turned out to be a pleasantly global endeavor). Right off the bat, one of the benefits of having friends with mutual interests on the other side of the globe (and blogging for their site, to boot) is that you sometimes hear news from other locales sooner than mainstream news sources here in the U.S. can catch hold of it. Although nothing we discussed last night was “breaking news” (since we were merely recounting some of our favorites stories of the last year), I still managed to hear some wild tales which, prior to our conversation, I had been unaware of.

One story in particular, that of a man who called in to an Australian talk radio program with an unusual story, was particularly unnerving. As the caller’s tale goes, the fellow, identifying himself only as “Bongo,” had dialed the popular Australian radio program Overnights, which was featuring a number of strange legends and stories from a dense wooded area known as the Pilliga Scrub. While recounting his apparent encounter with a “Yowie” there in 1978, the man begins to get rather frantic upon being asked to describe a creature he could only refer to (after much stuttering and loss of composure) as “horrible.” Below is a link to audio from the original call in:

“Bongo and the Beast”

What was the horrible creature that Bongo claimed to have encountered, which left him decades later in an asylum? It is worth noting that there is no such “Happy Day Stay Retreat” known to exist anyplace near the locales “Bongo” mentions during his call, lending to the theory that the caller may have actually been pulling a prank. Additionally, Bongo’s strange account later served as the inspiration for an odd play called “Acacia Hills,” in which two hairy, slightly feral sisters kidnap a man and whisk him off into the Pilliga Scrub, much as Bongo claimed had happened to him in 1978. Is there any truth to this bizarre story (which, in spite of my lack of prior knowledge, has made the rounds at a few sites in the last few months)? Or is it merely another prank that, while well executed, has merely left us guessing what dangers may lurk in the remotest parts of Australia’s Outback?

2 Replies to “Terror in the Pilliga Scrub: Trucker Tells of Horrifying Encounter”