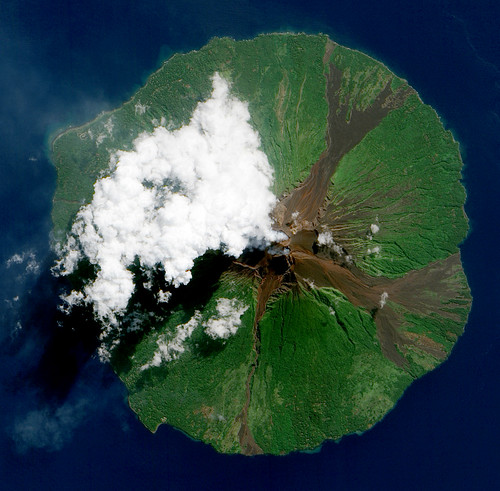 Recently, I was discussing with a friend a variety of the strange and devastating occurrences that have been frequently occurring around the world, and which only seem to be precipitating disaster. For one, the explosion of BP’s Deepwater Horizon rig in the Gulf led to what is now accepted as the most devastating environmental disaster in our country’s history. However, the cause behind the initial explosion that resulted in the oil leakage, a methane pocket that escaped into the pipeline, now has environmental scientists concerned, with worst-case-scenarios ranging from uncontrollable gas leakages to speculation about a gigantic tsunami that could ravage the Southern coast of the US.

Truth Out reported today on the Gulf’s “Methane Monster,” warning that methane building there isn’t the only concern we have right now. “The Siberian Shelf alone harbors an estimated 1,400 billion tons of methane,” author Craig Collins wrote, noting this amount to be close to double the amount of carbon in all the trees, grasses and flowers on Earth. “If just one percent of this escaped into the atmosphere within a few decades, it would be enough to cause catastrophic, uncontrollable climate change.” Although the debate over the science behind anthropogenic global warming is still a point of partisan contention, are there certain natural occurrences that may occur in the future that indicate climate change, man-made or not, is inevitable?

Additionally, volcanic activity in various locales around the world poses a similar threat, albeit much smaller, according to most sources. Today, reports on Russia

One Reply to “Is Climate Change Inevitable?”