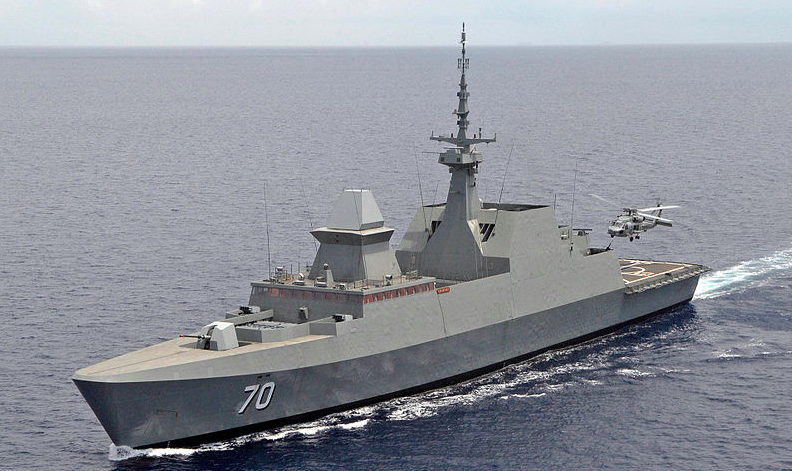 Terrorism, superstition, conspiracies, UFOs, meteors, and subaquatic regions possessing anomalous qualities… all of these have been recently proposed as possible clues to understanding how a passenger jet could seemingly vanish into thin air in the modern world, despite the presence of technology that should have been well capable of finding it by now.

It all began as a commercial airliner en route to Beijing, China disappeared approximately one hour after it left Kuala Lumpur on Saturday, March 8, 2014, carrying 239 passengers that included one American and at least four Iranians, who since the disappearance have been suspected of carrying false passports by agencies that include Interpol. Among the more recent theories regarding the disappearance, investigators have looked at the interests and even political views of the pilots, as well as the history of each person who had been a passenger aboard the craft at the time of its disappearance.

Indeed, in the absence of a clear narrative regarding the events that led to the plane going missing, it has served as easy fodder for speculation regarding what, at times, have ranged from particularly strange theories, to the outright improbable.

For instance, the British Daily Mail and Wall Street Journal had been among the many agencies to point out that 20 defense tech experts on board could have been targets of “electronic warfare.” Another Daily Mail perspective had been that a bomb detonated aboard the plane as it passed over the Malaysian jungle, in addition to “aeronautical black holes” which would have caused the plane to seemingly vanish within terrain that imposed difficulty for aerial surveys hoping to spot any downed wreckage.

Another theory that has been appearing in the headlines involves the possibility of meteor impact; however, experts who propose such wild theories should recall an August 2000 report issued by the National Transportation Safety Board that determined the statistical probability of a space rock entering Earth’s atmosphere and striking a plane while in flight remains in the extreme minority. How extreme, you might ask? According to an analysis by a professor from the University of Pittsburgh’s Department of Geology and Planetary Science, this might be expected to occur “once every 59,000 to 77,000 years.”

Interestingly, most of the major media outlets have continued to speculate regarding supposed conspiracies and far-out theories; popular skeptical writer Ben Radford even penned an article for Live Science alluding to a “Bermuda Triangle connection” to the disappearance, which did more to debunk already flawed theories about an ocean region across the world from where MH370 likely vanished, than to suggest anything particularly relative to the missing plane itself. Elsewhere, amidst allegations by investigators that one or more of the pilots or passengers could have been involved in a calculated disappearance–hence presenting the possibility that an actual conspiracy, by definition, might have occurred–mainstream news sources have continually highlighted UFO connections and other absurdity as being representative of the “conspiracy theories” that have spun off in speculative directions since flight MH370 went missing.

Many journalists, I would take it, haven’t looked clearly enough at the “conspiracy” allegations they themselves have made, based on information being released with regard to the official investigation. Hence, much like the word “UFO” once meant “unidentified flying object” and is now taken almost exclusively (and rather absurdly) as being a description of an “extraterrestrial spacecraft”, the same misappropriation of terminology has led “conspiracy theory” to become a weaponized term, generally held to mean anything particularly nutty, fringe, or against the grain.

This is indeed an unusual circumstance, since among the theories being proposed about MH370’s disappearance, the strangest appear to be the ones being supposed or reported by the news agencies themselves. Conversely, amidst my correspondences with friends in the UFO and related communities, very little serious treatment of these “theories” has been given.

I appeared with author Chase Kloetzke on her radio program last Thursday night, and over the course of the first hour, we did a pretty fast-paced rundown of the more likely leads available regarding the disappearance at that time, as well as outlining the absurdity of some of the UFO-related suppositions. Following the interview, Darren Grimes of the Grimerica Podcast sent along similar thoughts that seemed to rule out the strange and the absurd:

Just listening to you guys discuss the plane disappearance.  I heard the cell phone story as well, even that some calls were placed in front of reporters. What do you think of the possibility of some sort of undetected gas leak or slow loss of oxygen due to undetected decompression causing passengers and crew to lose consciousness?  Is it possible that autopilot was trying to control the plane while everyone was asleep and eventually lost enough altitude to drop of radar and plunge into the ocean?

While speculative, Darren’s surmisal doesn’t involve Devil’s Triangles, meteorites, or other improbable elements. Similarly, during my Sunday night KGRA Radio program, producer Tyler Pittman brought to light a number of mechanical failures on record with regard to Boeing aircraft, with models including the 777.

Following such lines of thought, Chris Goodfellow, writing for Wired Magazine, suggested that if there had been some sort of mechanical failure or other emergency that occurred on board the plane, the records of the plane’s movement suggest that “The pilot did all the right things. He was confronted by some major event onboard that made him make an immediate turn to the closest, safest airport.”

So is the real reason behind the disappearance far less “fringe” than what the media has portrayed thus far? While speculation will no doubt continue in the absence of any conclusive leads or evidence, perhaps it is indeed time to accept Occam’s Razor in this instance, and look to the simpler explanations as the more probable of the causes behind the disappearance, rather than bold speculation that gravitates so greatly toward the fringe.