The Singularity is… Anonymous?

Over at the conspiracy and UFO-themed video site Disclose.tv, the video above was featured recently, which discusses the coming technological “singularity.” By the year 2045, the video claims, rapid increases in technological growth, along with the integration of such applications into sciences that allow both self modification and the creation of artificial intelligence, will effectively “end human life as we know it.” This, of course, does not mean that humans will become extinct, but rather, that human civilization will have gone through a fundamental transformation, which will forever change life as we know it on planet Earth.

The video appears to be linked (albeit loosely, and perhaps in name only) with “Anonymous,” the association of hackers and web activists operating under the aforementioned name since around 2003, when groups began to organize demonstrations for purpose of protest using the 4chan website. Anonymous activities have included both traditional picketing, where members often appear donning Guy Fawkes masks, in addition to the controversial practice of taking down large corporate and government websites in response to public outcry involving a number of current issues.

Interestingly, there are a handful of facets pertaining to Anonymous that are similar, in a way, to concepts in the study of singularity and transhumanism. Whether or not a definitive link could be drawn is another story… but the trends we see amidst online activist groups the likes of Anonymous may still offer us glimpses of what future technologies may be capable of, both on a cultural level, and even in the more real sense of crowd mentality and the digitization of global human consciousness.

Anonymous and the Global Digital Brain 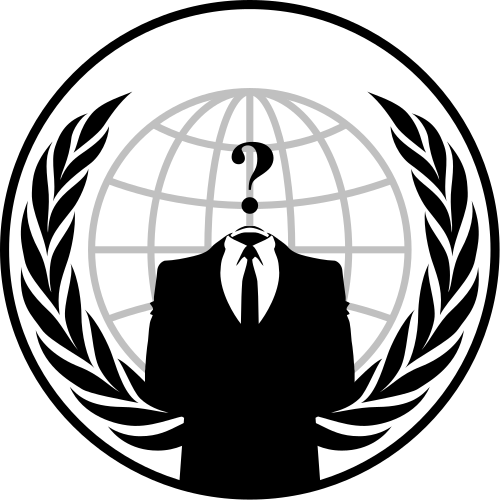 The group has been described as working as one large, “anarchic, digitized global brain” that stands athwart such things as internet censorship, and technologies used for global surveillance on an Orwellian scale. Proponents of singularity like Ray Kurzweil have argued that the furtherance of advanced technologies in the future will be conducive to breaking down many of the customary barriers present today, both in society at large and in the online websphere. Others such as author Joseph Farrell have warned that transhumanism, if taken into the wrong hands, might become dangerous to an unassuming proletariat. Farrell asks blatantly, “where are the studies of what decadent power-mongerers might do with [future transhumanist technologies]?”

And of course, I discussed the potential connections between secret government technologies and transhumanism a great deal in my latest book, The UFO Singularity, as well. While I try to take a generally more optimistic approach to Singularity and how humans might be affected by advanced science in the coming decades, I cannot say that in every instance the coming transhumanist machine is an inviting subject, or that all it’s potentials are inherently good for humankind.

Bottom line is, we simply don’t know what can be accounted for in humanity’s future so far as technological singularity goes… we can only look at the more logical forecasts and promising developments of today, and attempt to discern in what ways we can likely expect certain trends to grow. Then, we can attempt to plan for that unforeseen future… with a wary eye kept toward the unsettling potentials that, for the time being, will effectively remain “anonymous” in terms of our ability to perceive them.

3 Replies to “The Singularity is… Anonymous?”