Fire in the Sky: Blazing “UFO” Lights up Chinese Airspace 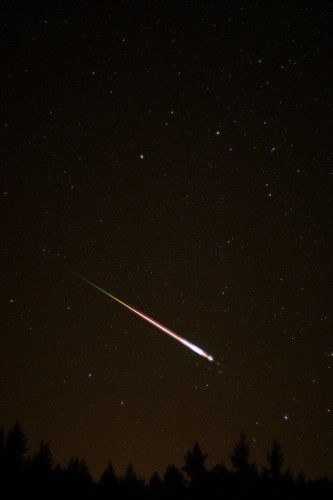 According to Chinese officials, a bright flaming object seen near East China’s Zhejiang Province Wednesday evening is creating a stir over flight delays at nearby Xiaoshan International Airport. Air traffic controllers, who reportedly “spotted” the object with flight instruments but were unable to obtain a visual, were concerned about the presence of the UFO, and diverted air traffic from the area to locales in Ningbo and Wuxi.

According to a statement by one airport staff member who remained unidentified, it was confirmed that the object “could not be seen with the naked eye. It had to be spotted with observation devices.”

Residents in nearby areas dispute this, claiming to have seen clearly an object over East China’s Zhejiang Province. Some reports describe a bright fireball moving quickly through the sky, while others refer to a large UFO “hovering” over the area. One UFO enthusiast described seeing a “bright (yellow) spot very high up in the sky around 8 pm.”

An article posted at the English People’s Daily, subsequently linked to the Drudge Report, appeared to have been removed from the site as of this morning. Other links at popular international news site remain, with varying accounts pointing to an official explanation being released later today.