Religon and the Unexplained: A Measure of Gullibility? 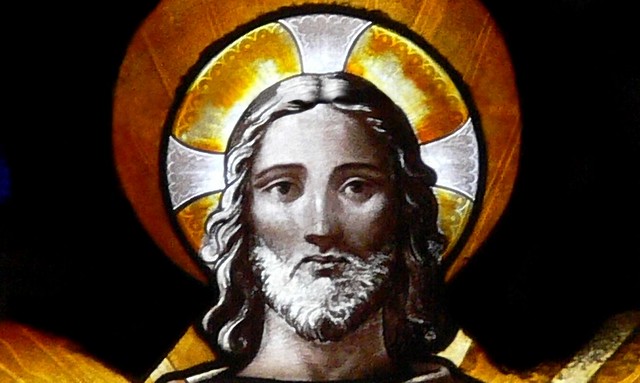 A recent article appearing in the Salt Lake City area Desert Times that those who identify with religious beliefs are less likely to have interest or belief in the paranormal. Referencing a book by author Rodney Stark called What Americans Really Believe, data from a 2005 Baylor Survey on Religion was used to determine degrees of gullibility among various Christian groups. “Credulity: Who Believes in Bigfoot” was one chapter featured, which dealt with groups ranging from more liberal Episcopalians to Mormons and conservative evangelicals and their potential views toward haunted houses, UFOs, and mysterious creatures.

The results found that a minority of 13 percent of “theologically conservative people” were apt to believe in paranormal claims while, while “41 percent of Episcopalians, 14 percent of members of the Assemblies of God, 32 percent of Catholics and 15 percent of Mormons scored high.” In his conclusion, Stark summarizes, “It seems that the choice is either to believe in the Bible or in Bigfoot.”

In truth, both areas present extraordinary claims, and perhaps whether or not one chooses to “believe” is really missing the bigger picture. I have found, in my experience, that the greatest merit is to have an open mind, in the absence of complying unconditionally to any faith or doctrine. Hence, my views toward religion (namely Christianity) are very similar to my views toward the unexplained: I have a strong interest in each, and have discovered merit to many claims associated with both, as well as many fallacies.

On many occasions, I’ve sat down prepared to accept atheism outright, looking hard for the evidence that stands in contrast to modern religious interpretations of the world and existence. Obviously, while there are many aspects associated with, for instance, the Old Testament that are scientifically unfounded, it would be hard to say that this document doesn’t represent cultural interpretations which, at the time they were gathered, indicated real events that sometimes may have been anomalous in nature. Even still, removing any question of “truth” behind such stories and looking at such things based solely on the merit of what they meant to the original authors, there is typically deeper symbolic knowledge that can be found, often meant to take the form of an allegoric lesson in morals which we today can still learn from: whether or not we choose to believe in towers built to reach the heavens, the genesis of humanity in a Garden of Eden, or wheels appearing in the sky above Old Testament prophets.

Another oft-criticized element in the Christian tradition is that of Jesus Christ. Sure, it seems unlikely that the creator of all existence would create a “son” to take human form on Earth who, after a life of miracles, would die after crucifixion only to rise from the dead in a great, immortal sacrifice for all mankind. Besides, many ancient traditions deal with very similar stories of death and rejuvenation, and there are even documents that exist claiming the entire New Testament was, in fact, authored by various members of Roman authority (though a survey of the latter will often reveal historical inaccuracies that draw a reasonable amount of skepticism as to their veracity just as well). Thus, what are we left with? Is it that our religious traditions are all really founded in culture and myth that has existed with us for ages, perpetually influencing one another to create a smorgasbord of worldly traditions and beliefs that, in many ways, are very similar?

This certainly does seem to be the case, considering the pagan influences that, in retrospect, are often associated with Christianity. In totality, I find it difficult to divorce myself completely from an open-minded approach to religion, including the existence of spiritual forces around us, intelligent design, and the historical Jesus, given that my interpretation of this as a form phenomenology–just the same as critical interpretation of reports of UFOs and Bigfoot–is not based on a blind faith and unjustified acceptance, but in the understanding that our cultural traditions and interest in such things are like roots beneath the trunk of a great, old tree: they run far deeper beneath us than most realize. Furthermore, appending “belief” to things we can’t explain seems a bit oxymoronic: how can we believe in that which we cannot prove beyond the shadow of a doubt? I know, for instance, that I cannot prove to you the existence of a God, any better than I can prove to you that Bigfoot is real. There is compelling evidence that suggests there may be something more to both of these, but I cannot tell you with certainty that there is an invisible creator, or even an anthropomorphic ape-creature trudging around out there somewhere.

But I do know that there is something to the persistence of these themes in our culture. In that sense, I have a certain degree of faith in the understanding that there are indeed things in this existence which we don’t understand, and which, even when remaining unseen, can have profound effects on our existence. I’ve never seen a Bigfoot, after all, but the study of cryptozoology has had an effect on my life, in the sense that I feel I have come to greater understandings about the nature of humans through studying mankind’s fascination with monsters. Much the same, our religious beliefs and traditions hint at something far deeper within, and taking claims of the miraculous at face value without hoping to see their deeper, symbolic meaning is missing the point altogether.

In conclusion, I’ll recall something brilliant that was shared with me at a symposium several years ago by none other than George Carey, former Archbishop of Canterbury, while he was visiting Western North Carolina. I had been a musician performing Irish traditional songs for the event, and Carey, while speaking to a small group of us afterward, mentioned that people often mistake faith and belief as being certainties required for those in pursuit of their religion. “In truth, faith is the opposite of certainty,” he said. This statement stuck with me, and I think it applies well to the study of all strange phenomenon, whether that be religious in nature, or involving weird critters and UFOs: we can never be certain as to their existence, but we can “certainly” recognize that there is something more to our ongoing interest in them. For this, if nothing else, I have all the faith I need.