This Robot is Pushing The Limits of Top Sprinting Speeds 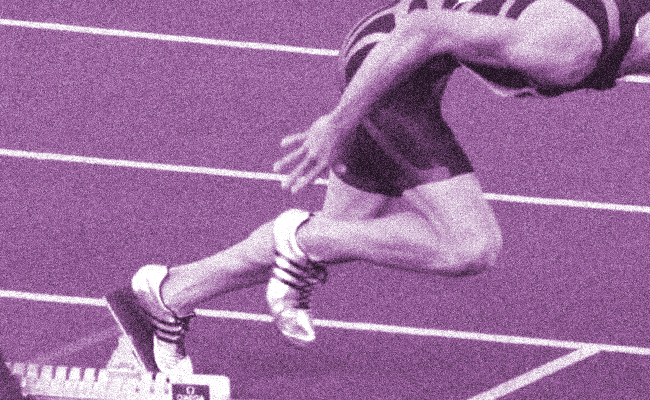 The fastest recorded running speeds for humans are traditionally held to be a little less than 30 mph. Widely regarded as “the fastest person alive,” Jamaican champion sprinter Usain Bolt’s top speed, based on a breakdown of his peak sprinting speed during his best performances, is around 12.42 m/s, or roughly 27.79 mph.

However, scientists have suggested that it may be possible for humans to reach even faster speeds, at least so far as our biological limitations are concerned. Based on the strength, duration, and flexibility of muscle fibers in the body that are used when running, theoretically a human being could exceed 35 mph, topping out at around 40 mph before becoming a jumbled ball of shredded bone and tissue due to the effects of momentum and gravity intervened.

Back in 2010, the Journal of Applied Physiology published a study titled, “The biological limits to running speed are imposed from the ground up”, which unwound some of the previous notions about how running speed is essentially based on the relationship between the ground, and how much pressure a runner exerts against it. But even in the event that humans might one day find ways to improve peak performance in the 100-yard dash, who is to say something else might have already beaten us to it?

While a number of wild animals have ground speeds that easily exceed top human running potentials, a new robot has become the latest to hold a record speed, displaying the ability not only to run at astounding speeds, but also to detect and leap over obstacles in its path while doing so.

Some 75 million years ago, the velociraptor was probably among the most formidable predators to exist in the prehistoric world. A new design produced by the Korean Advanced Institute of Science and Technology borrowed from this famous dinosaur’s physiology to create a robot prototype that has already exhibited incredible results… the likes of which you wouldn’t want to have to try and outrun in unfriendly circumstances.

This new “robo-raptor” displays two powerful legs, each fitted with an Achilles tendon, that can propel it to speeds of 28.5mph which as others have noted, is just a little more than Usain Bolt’s best recorded time. Note however that in the video linked above, the title erroneously states that the raptor can achieve speeds of 46 mph: the correct speed estimate here is 46 kph, roughly equal to the 28.5 mph needed to top Bolt’s best speed.

The raptor’s current design also features a tail which stabilizes the body as it moves, according to spokesman Jongwon Park, a PhD student at Kaist, Korea. Additionally, objects tossed onto the treadmill as the robot accelerated during tests were successfully avoided by the raptor. The only problem with this current design is that a central pole is required to prevent the robot from falling over; in other words, this new design based on a prehistoric idea isn’t quite ready to hit the ground, well, running… not just yet, at least.

Will mankind end up beating these speeds before a new, fully functional robot design exceeds even the best projected human speeds?