What do you see in the image below? Here’s a hint: it’s not scabs on Freddy Kreuger’s left cheek as seen through a micro-lens: 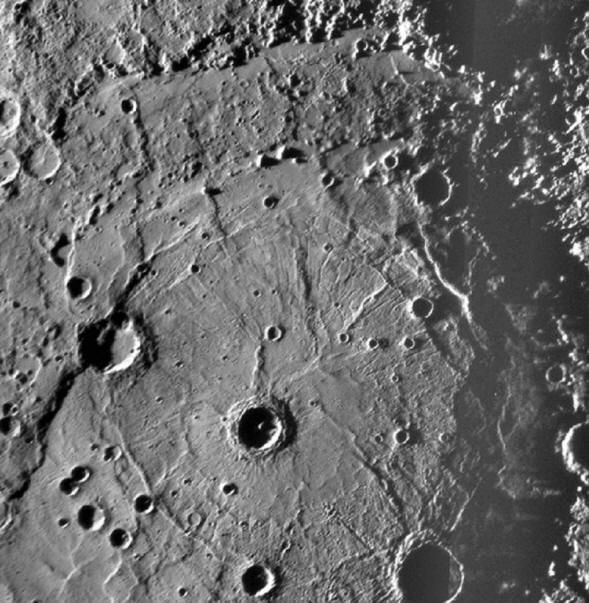 The image above doesn’t show the lunar surface, either; What we’re actually seeing is Mercury’s Rembrandt Basin (courtesy of NASA/Johns Hopkins University Applied Physics Lab and the Smithsonian Institution/Carnegie Institution of Washington). But what is the significance of the image portrayed here?

According to researcher Stephen Smith, a proponent of an “electric universe theory,” such photos taken by NASA’s Messenger spacecraft show that the surface of planet Mercury exhibits the same type of scars shown on planets and moons far from the Sun’s conflagration. Those scars, nearly identical to abrasions seen on the surface of Mars, the moon and even Earth itself, are far more recent than previously thought.

In an article appearing at the site Thunderbolts.info Smith writes:

Multiple concentric rings are found on Mercury, just as on several other celestial bodies. When electricity passed through them it eroded material from the surface where the arc touched down. The pits or craters left by electric arcs are usually circular because the electric forces constrain the arc to strike at a right angle to the surface. An electric arc is composed of two (or more) filaments rotating around a common center, so the surface was excavated by a plasma “drill bit,” leaving steep sides and a