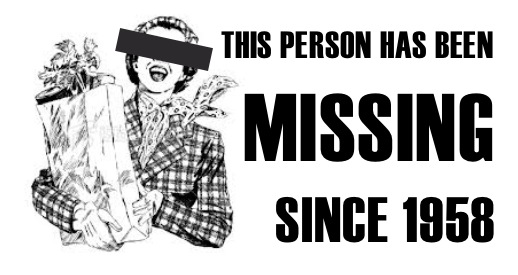 This week on The Gralien Report Podcast, is there an argument to be made for the existence of mystery beasts like Sasquatch? If so, what might we learn from first studying the discoveries of new animal species the world over? When it comes to the discussion of zoology, what we often end up finding is that, contrary to what some might tell you, size does matter, along with other factors such as whether a species exists on land, or in water. What kinds of arguments, based on such seemingly inconsequential factors, might influence cryptozoological studies nonetheless? We examine this, and more, during the first hour of this week’s Gralien Report Podcast.

Then during hour two, the troubling subject of missing persons takes center stage, as we look all the way back to Spartacus for a discussion of people who vanish as if they’d simply walked right off the face of the Earth… our survey takes us on to the disappearance of Amelia Earhart, Frederick Valentich, and several others that border on the fringes of Forteana.

One thing that won’t go missing this week, however, are the following links to stories discussed during the program…

Land of the Lost: Micah discusses Cryptozoology at Mysterious Universe

And while we’re at it, why don’t we get Nick Redfern in on the conversation too?

A bit more on the Valentich Disappearance