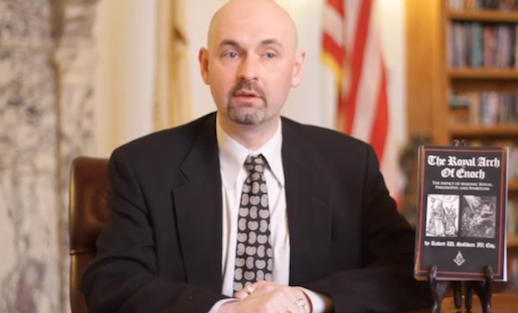 This week on The Gralien Report Podcast, we begin with a look at how the military may be employing armies of robots by the end of the decade, and then shifting our focus from robotics to aeronautics, we begin observing cases of alleged military craft of advanced varieties seen over South Carolina. Then we close things out with another story out of Zimbabwe about a “goblin” that causes an uproar at a train station… what can be made of this madness, if anything?

Then in hour two, we’re joined by Robert W. Sullivan. He is himself a Freemason, having joined Amicable-St. John’s Lodge number 25, Baltimore Maryland in 1997. He then became a 32nd degree Scottish Rite Mason in 1999, Valley of Baltimore, Orient of Maryland. The Royal Arch of Enoch: The Impact of Masonic Ritual, Philosophy, and Symbolism is his first published work and is the result of twenty years of research.

You can find out more about Robert, as well as this week’s other stories, in the links below…

Another Goblin causes panic at the disco