The Gralien Report Podcast for December 21, 2011 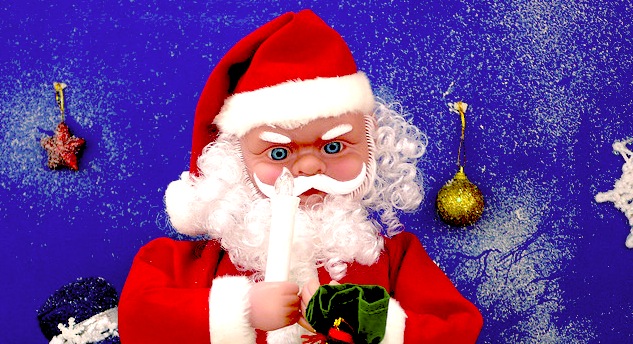 It’s Christmas in the Bunker! This week, the Gralien gang celebrates the Season from deep within the dark heart of the Moho… but there are still many pressing questions on the table: for one, is Santa Claus really everyone’s favorite rotund messenger of gift-giving, or is he in fact an alien? If not an extraterrestrial life form, what else could he be? The startling results of our inquiry could have you reeling for weeks, if not even further into this most cataclysmic of doomsday years to come.

We also get into a holiday discussion of Fortean Folk Devils, as well as a number of other oddities occurring in recent news from around the world. For instance, what was the strange, cobweb-like growth found dispersed among nuclear waste containers earlier this week at the Savannah River Site in South Carolina? Also, was Mothman really a winged monstrosity, or was it something else altogether? All this and more are discussed on this week’s edition of the show… and for those lovers of prose out there, here’s a little holiday link-love to go along with this week’s main dish…

Christopher Hitchens, outspoken atheist and political writer, may have entered the afterlife

…And a few notes from Micah on freedom, Forteana, the afterlife, and how Hitch played into all this

What was with the stone face you dug up in the back yard?

Was that a UFO driving down US-77 in Kansas?

…And his subsequent FOIA request

Are there Appalachian Groundsloths Roaming the Southeast?

…And speaking of holdovers from the ancient past, what about bioluminescent pterosaurs?