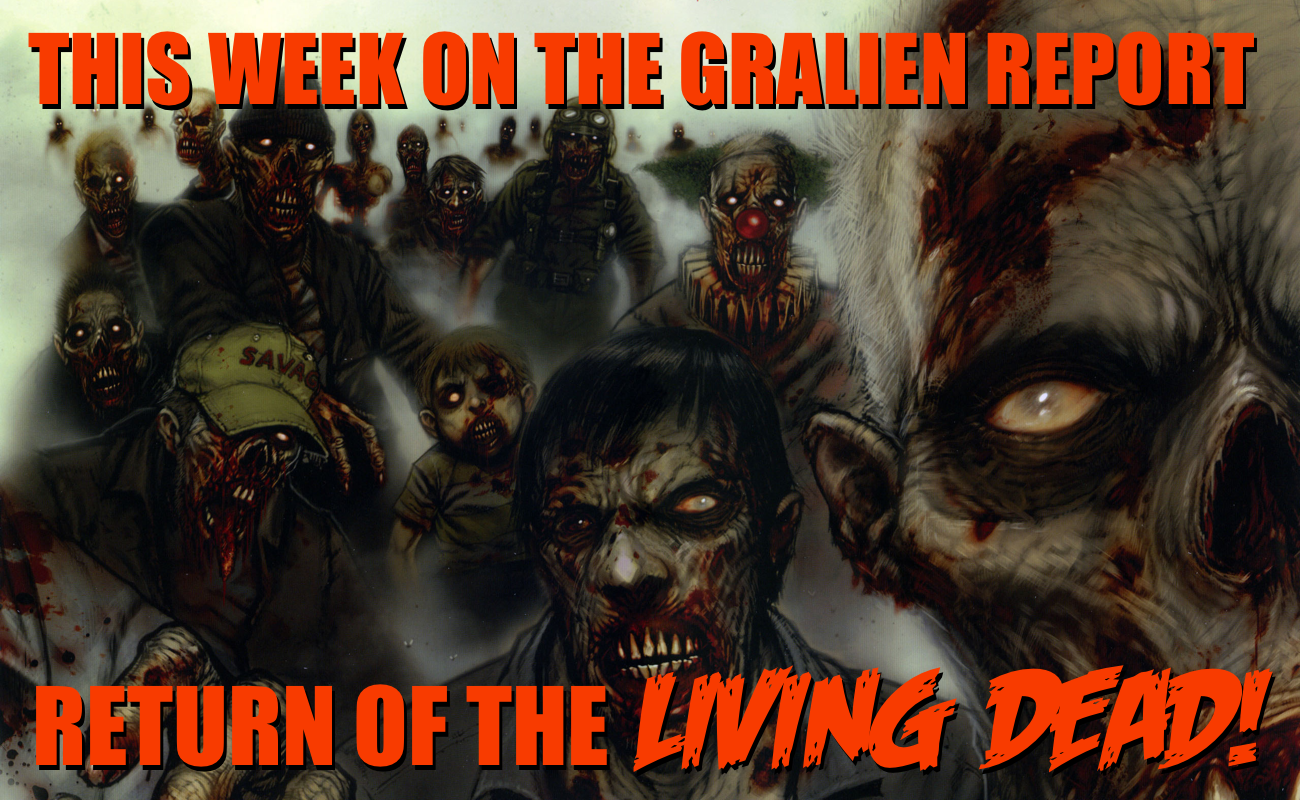 This week on The Gralien Report, Halloween is almost here… and that means it’s time to delve into the world of our very deepest, darkest fears and examine what disturbs us the most… and what could be more terrifying, and yet strangely awesome, than zombies!

And hence, we begin by looking at news of aliens, the Catholic church’s views on science and universal formation, ancient lost civilizations, and much more… and then, turning our attention to heinous acts in the media that draw comparisons with “zombies”, we note how strangely (or not-so-strangely) these reports often involve the very kinds of things that were the root behind actual zombie legends in Haitian culture: drugs.

Sociology and psychology also come into play… particularly when we examine the themes prevalent in zombie films spanning the last eighty years or so. Then we move on to a discussion of zombie-themed stories in the media, and finally, a real-life tale from 1961 which purportedly told a much earlier story of an entire village of the walking dead. Could zombies actually exist, or is this indeed merely legend… like we’ve always assumed, right guys? Guys? Hey guys… uh… oh no…. they’re coming!