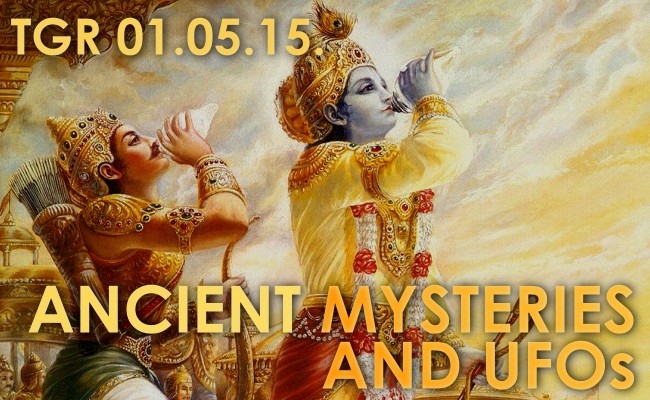 In our inaugural broadcast of 2015, the boys in the bunker examine claims of ancient mysteries in the news, which include the controversial announcement at a Science Congress in Mumbai, India over the weekend that the history of aviation began in ancient India, rather than at Kitty Hawk with the Wright Brothers’ historic flight. We also check in with letters from the listenership that discuss strange objects seen over California; are they “stealth blimps,” meteors, or something else?

Then in the second hour, we take the conversation from the depths of the ocean where “zombi worms” populate the deep, to a serious debate about the state of research into unexplained aerial phenomenon, as well as the distinction between speculative study of the unexplained, and harmful pseudoscience. Finally, big news out of Austria entails the discovery of one of the largest underground weapons facilities of the Third Reich, in which traces of radiation indicate the grave nature of the Nazi’s attempts at creating nuclear weapons.

You can stay up to date with The Gralien Report Podcast with our daily news updates, as well as our Twitter and Facebook pages. If you enjoy our podcasts, you can also get more weekly shows and other content by subscribing to Gralien X, which offers monthly access to weekly shows and monthly specials for just $7 a month, or $77 a year.